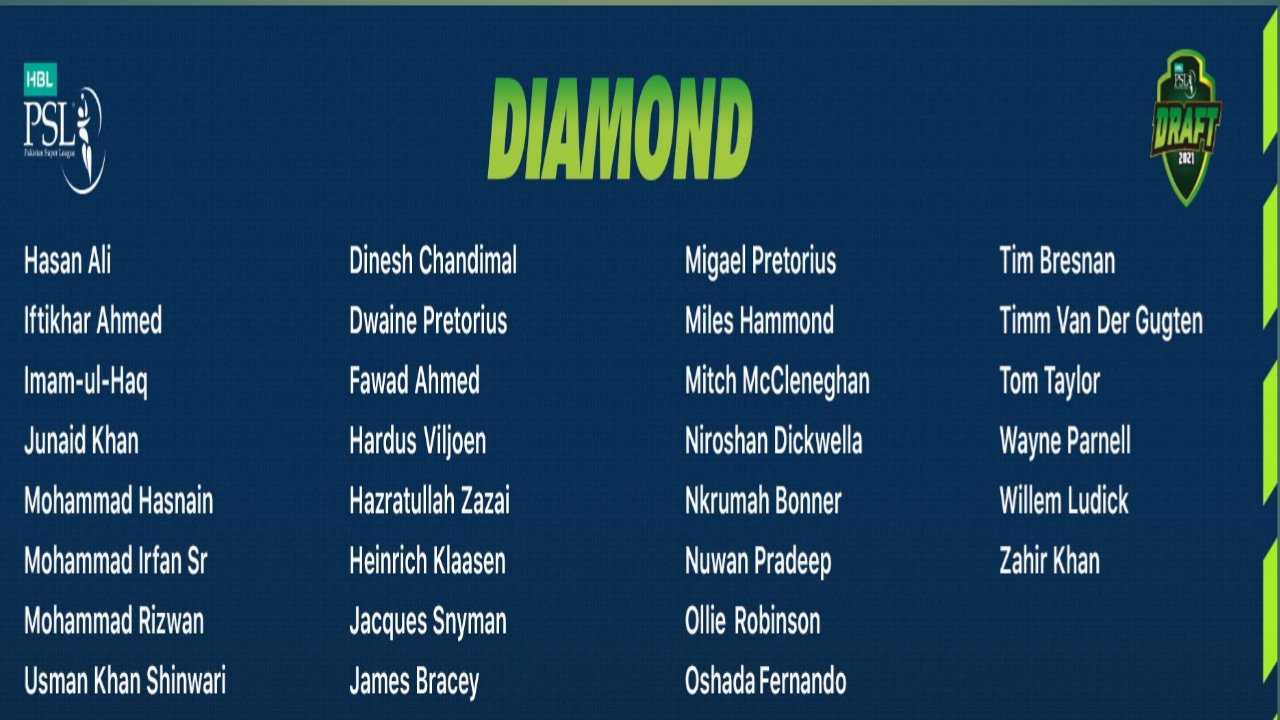 All category-wise players for PSL6 are announced

HBL PSL season 6 is all gearing up for its start of the new season as players of different categories are announced by Pakistan Cricket Board on Pakistan Super League twitter handle.

There are some brilliant names up for pick, as teams are all gearing up to turn their teams into perfections are they already have announced their retained players.

Peshawar Zalmi is only team which haven’t picked full 8 members as they have retained only 5 cricketers.

Hassan Ali didn’t get picked now he is in Diamond category to be picked.

Karachi Kings needs good quality pacer for their team, they can pick him only if Islamabad United doesn’t promote him into Platinum from Diamond.

There are also some more quality players like Moeen Ali you can see, are listed below.

Check out the category wise player lists for the #HBLPSLDraft

Peshawar Zalmi’s head coach Mohammad Akram has said that they wanted to retain Hassan Ali, also was their first choice but Hassan Ali wanted to move on.

“We have even picked him when he was injured last year, we wanted to retain him as he was our first choice bowler but he wanted to move on,” Mohammad Akram says to ESPNCRICINFO.