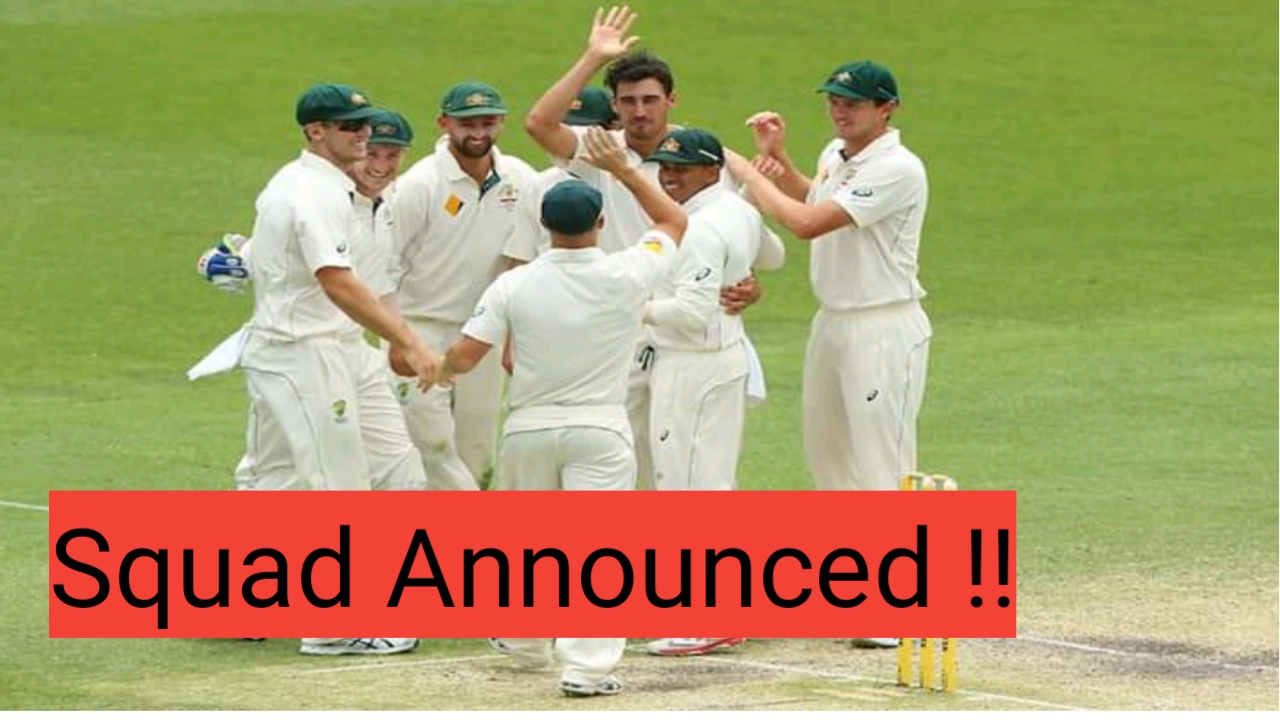 Aus vs India: squad announced by Australia. India recently announced its squad for full series and has already arrived to Australia to play the series.

Now on Thursday Australia announced their Test squad to play against India in Australia. Australia also named some uncapped players in their 17-man squad to face off India.

READ MORE: Muhammad Amir opens up after being dropped from NZ series squad

Squad have some youngsters namely Cameron Green and Will Pucovski. Some others names are: Michael Neser, Mitchell Swepson and Sean Abbot.

Tim Paine is their regular skipper alongside Pat Cummins as their vice-captain for the series.

Most important thing in this series is going to be Virat Kohli’s absence in last 3 Test matches. Virat Kohli has taken a leave from cricket so that he can spend some time with his family as his wife is expected to give a birth to first baby in January.

Youngsters Cameron Green and Will Pucovski are included in Australia's 17-player squad to take on India in the Vodafone Test Series! 🙌

Australia is always toughest sides in the world, after Virat Kohli’s absence, it is gonna be very difficult for India to win the series against them.

Last time India won the Test series for the first time in their history in Australia in 2018. Australia were missing their key players of Steve Smith and David Warner but this time around India will miss their skipper in Test matches.

1 thought on “Aus vs India: Squad announced by Australia”