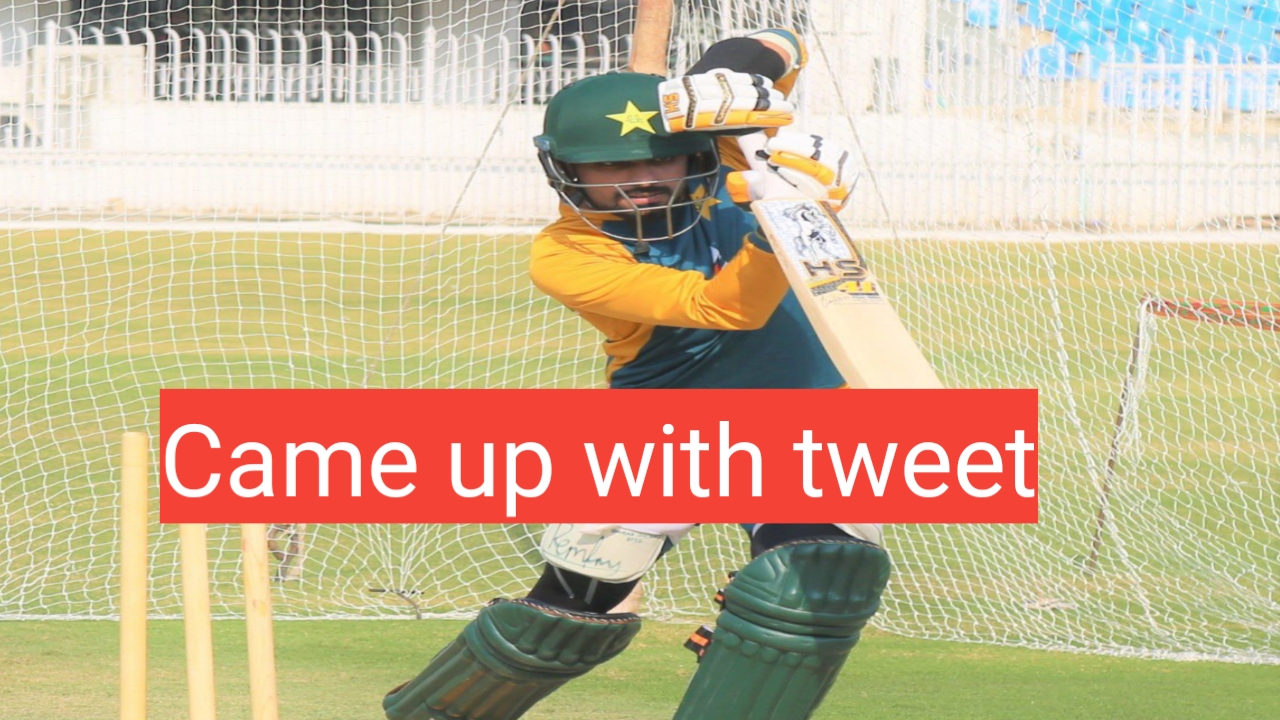 Pakistan’s skipper Babar Azam came up with tweet after losing the last match against Zimbabwe in 3-match ODI series.

Zimbabwe made the day for their fans after putting up 278 on the board especially after losing 3 wickets before 30 runs. 5 wickets after completing 100 runs.

Sean Williams scored wonderful century against the quality bowling of Pakistan with the likes of Shaheen Shah Afridi, Wahab Riaz, Muhammad Hasnain who also took 26/5 in 100 and Muhammad Musa including Iftikhar Ahmed.

After scoring 278 runs, Zimbabwe went onto get 5 wickets of Pakistan under 60 runs and take the advantage of its bowling but Thanks to Babar Azam and Wahab Riaz who took score from 170 to 155 in no time but sadly Pakistan ended up on levelling the score as soon as Babar Azam got out.

Don’t forget the heroics of Muhammad Musa who scored wonderful last ball four. Zimbabwe beat Pakistan in the super over.

Pakistan could only score 2 runs and lose the match in the super over. It was the sad reality but overall we saw a wonderful match between two teams. Although Pakistan should have won the game but it happens in the match, one has to win and other to lose.

Many cricket fans also criticized Babar Azam as they believed Babar Azam should have finished the game as Wahab Riaz had already made it looks really easy for Pakistan but Babar Azam lost his wicket at the most crucial time when Pakistan needed 13 runs off 8 balls. It was easy but became so difficult after Babar  Azam’s wicket but still thanks to Muhammad Musa who levelled the score.

But it became so dull when team management sent out Iftikhar Ahmed and Debutant Khushdil Shah in super over instead of Haider Ali and Fakhar Zaman. Babar Azam could have also good option as he had scored wonderful century.

Here is how Babar Azam came up with tweet after losing match:

Thank You for your kind words. Keep Supporting 👍 https://t.co/iF78HKdBRT