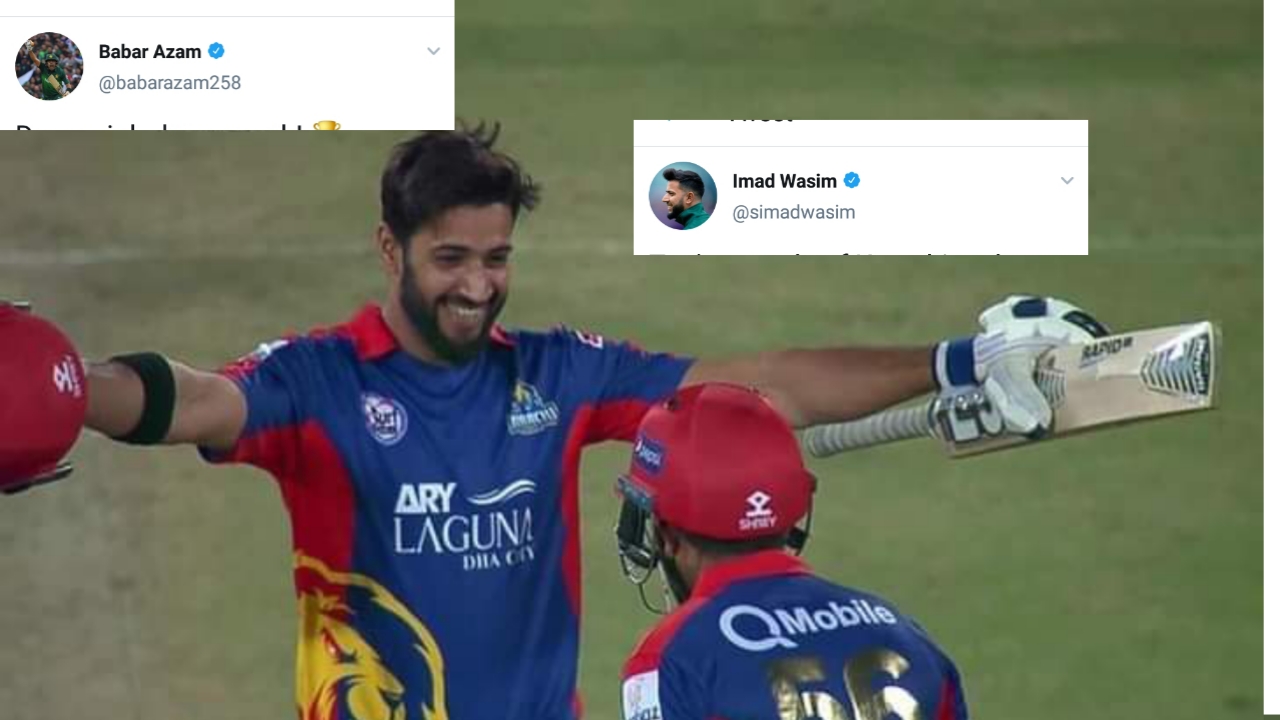 On the other hand, Imad Wasim finished some important matches for Karachi Kings when it really mattered. Both players played a huge role in making Karachi Kings a champion after waiting for priceless 5 years.

On the other hand, Lahore Qalandars were also most deserving team that they beaten in the grand finale as they have also reached for the very first time to top 4 which and from reaching to final from the top four with two back to back wins always have that supports from fans.

And Lahore Qalandars got that as more than half Pakistan cricket fans were cheering for them from their homes. But unfortunately they couldn’t win the finals as Babar Azam stayed up against their entire team while batting.

Imad Wasim played that knock of 27* under extreme pressure and hit that important four to level the score that they win in super over. He came up with two fours in PSL final as well.

“To the people of Karachi and supporters of #KarachiKings, we did it! To #ProfDeano: your kings miss you. We hope you can see the trophy shine from Karachi all the way up #WasimAkram #SalmanIqbal,” tweeted Imad Wasim.

To the people of Karachi and supporters of @KarachiKingsARY: we did it!

To @ProfDeano: your Kings miss you. We hope you can see the trophy shine from Karachi all the way up there ❤️ @Salman_ARY @wasimakramlive pic.twitter.com/tjJAxMOtWO

But now it will be interesting to see who is gonna lead Karachi Kings next season, a winning captain or the player that has won them this PSL.

But nonetheless Imad Wasim as leader has done extremely well job for them to win first ever PSL trophy.