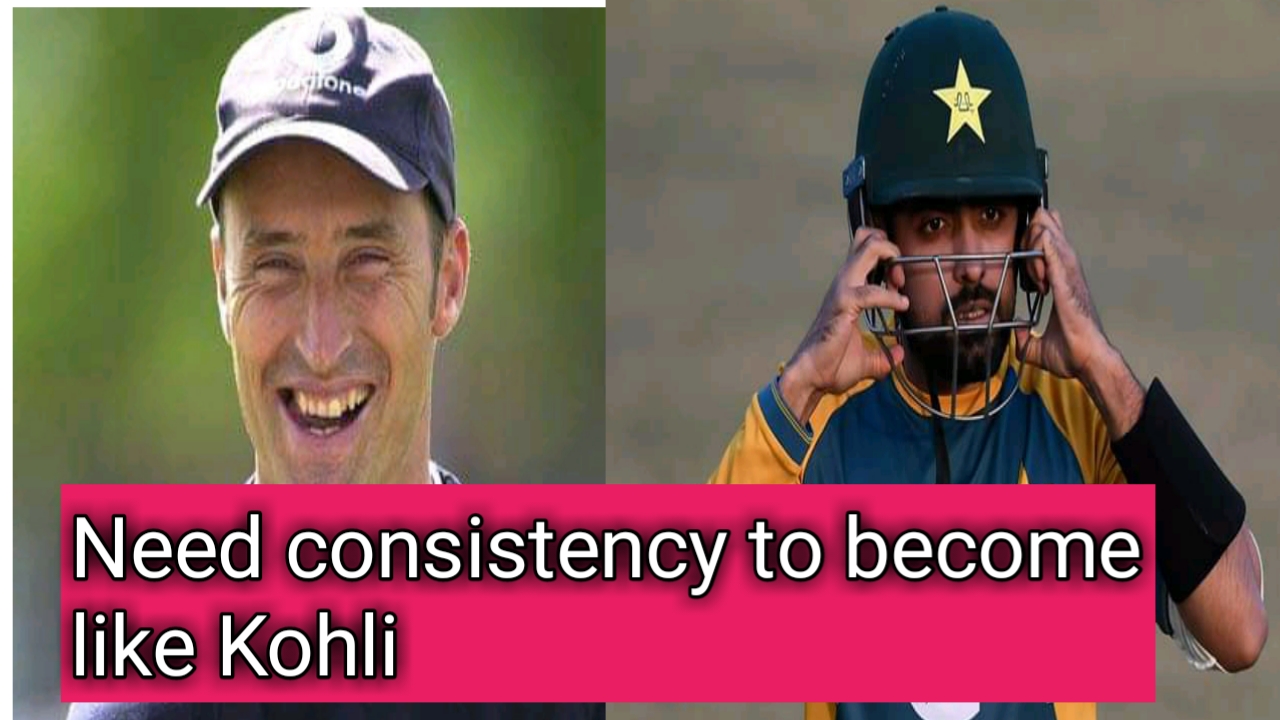 Babar Azam needs consistency to become like Kohli. Nasser Hussain wants to see Babar Azam among the like of Virat Kohli who has been in the form of his life since 2016.

He has been achieving new heights in every series he plays in. The kind of consistency Virat Kohli has, always been admired by entire community of cricket fraternity.

But Nasser Hussain urges Babar Azam to be more consistent in Test format to become like Virat Kohli.

Although he has been  performing in Test format as well but that is absolutely not enough yet he is in the line of becoming the Test Captain of Pakistan team.

PCB isn’t happy with the kind of performance Azhar Ali provided them against England team in last tour as they supposed to win second test match against England but due to lack of captaincy skill, Azhar Ali couldn’t help Pakistan to win the match and in result they lost the match so does the series as first and third test matches drawn due to rain.

Now there are huge chances that Babar Azam will lead the team but for leading the team, he has to deliver much more and Babar Azam needs consistency in Test format. He has to deliver more than his capabilities now to secure his place in the hearts of people.

Nasser Hussain’s tweet clearly shows how precious Babar Azam has become but for maintaining it, he has to deliver in Test format as well as people considered test format as original format of the cricket.

Here is what Nasser Hussain has to say:

Nasser Hussain "Babar Azam has what it takes to become one of the greats. In white-ball cricket he’s up there with the best. He’s up near the top of T20I rankings & in ODIs he's exceptional. He just needs consistency in Tests to be up there with the likes of Virat Kohli" #Cricket