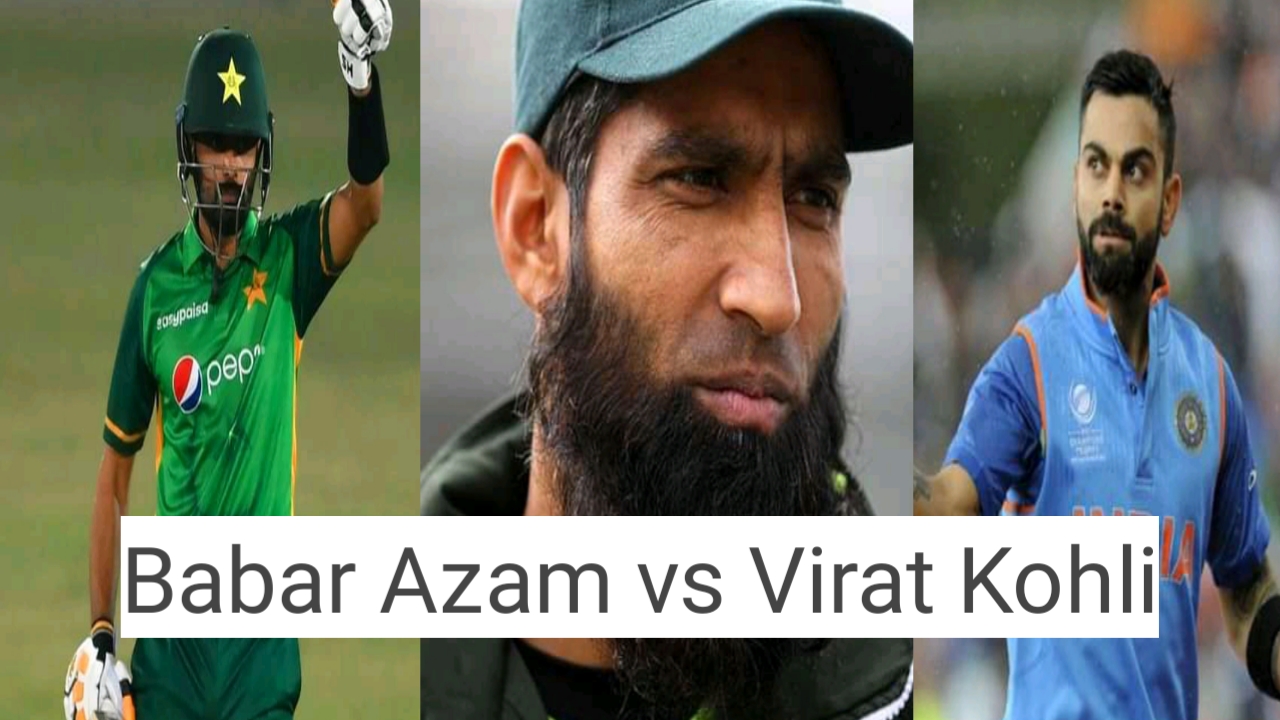 Babar Azam vs Virat Kohli: Mohammad Yousif has picked best between both. But one thing to be remembered: he has picked one after same innings they have had played.

Mohammad Yousif believed Virat Kohli wasn’t that better when he was just 3,4 years old in International cricket, on the other hand, Babar Azam has achieved a lot more than him after 4 years.

“If we compare both players’ performances after the same innings, Babar Azam is ahead of Virat Kohli,” says Pakistan legend Mohammad Yousif.

Virat Kohli wasn’t that good before his Captaincy. Once he got the Captaincy and extra work, he became the better with the more responsibilities.

“Virat Kohli became really good batsman after getting captaincy, means when he was given extra responsibilities,” believes Mohammad Yousif while comparing Babar Azam vs Virat Kohli

On the other hand, some legendary former Cricketers believes Babar Azam needs to be more consistent to be like Virat Kohli. However Mohammad Yousif believed at this stage of the time Babar Azam is ahead of that of Virat Kohli who was before becoming a captain.

Well if we talk about Babar Azam, with the kind of performance he is delivering, he might get Test Captaincy for New Zealand tour.

But if we talk about Virat Kohli, his recent performance has gone down as per his value and brand. However the stats still suggest him one of the most consistent Batsman in Current era but comparing his 2016,2017,2018, 2019 and 2020. We will find a slightly difference in all years.

First three years were way better as compare to later 2 years of his career. Virat Kohli not only a brand but also a history maker as he is gonna break the record of Sachin Tendulkar of getting most ODI hundreds.