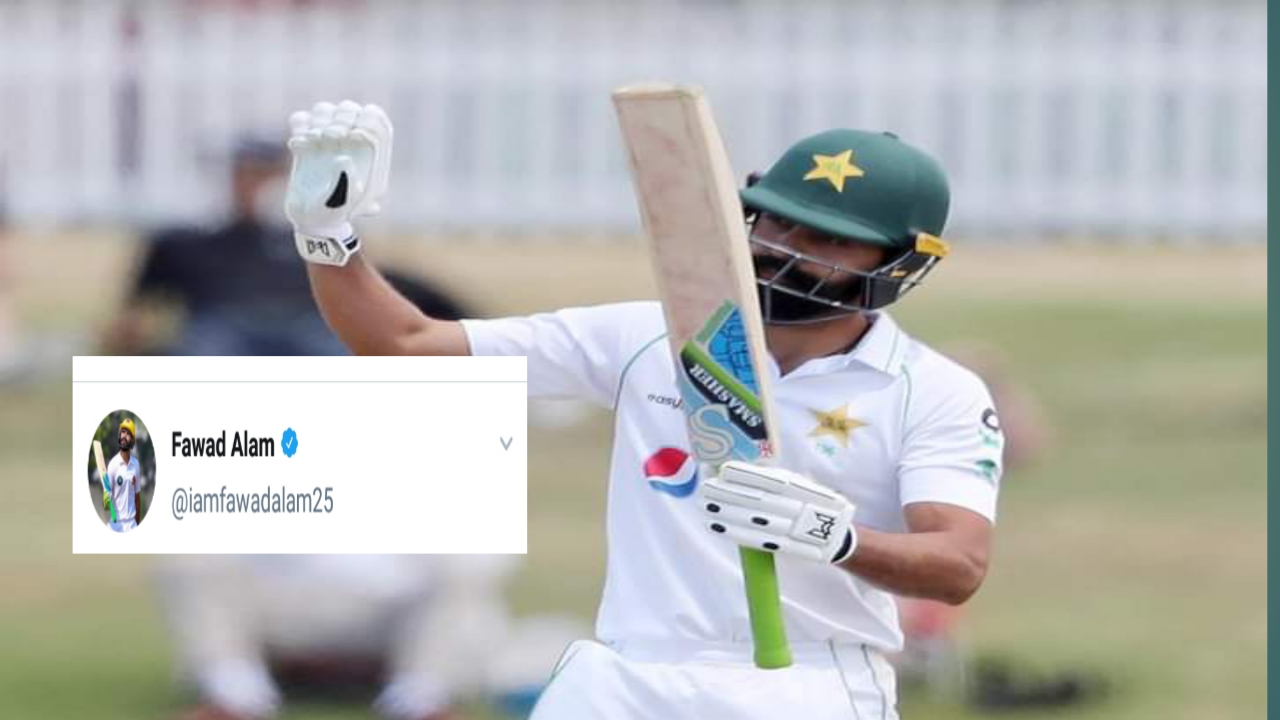 Finally Fawad Alam came up with tweet after hitting century.

Fawad Alam couldn’t trouble much in first innings of the first test match but he troubled them a lot in second innings, which was the fourth innings of the match in deed.

He scored sensational 102 runs for his team, however his century couldn’t save the match for the team but he has surely made something out of his runs.

There isn’t always pure batting, best timing or stylish stroke making abilities but playing with determination, patience and holding another hand is also making the worth watching any player in this format. Hanover shorter format is different story.

Fawad Alam is making every run count. Since his comeback against England, he was struggling, everyone was judging to see him out of the XI but he replied them with bang.

He replied them with tremendous century that’s too in the fourth innings of the match against New Zealand at their home soil.

“I’m truly humbled by the love, respect and appreciation received from everyone. I feel incredibly grateful representing my country and making everyone proud. Here’s to hoping for even better future performance. Happy New Year in advance, keep me and my family in your prayers,” Fawad Alam finally came up with tweet.

I'm truly humbled by the love, respect & appreciation received from everyone. I feel incredibly grateful representing my country & making everyone proud. Here's to hoping for even better future performances. Happy New Year in advance, keep me & my family in your prayers. #PAKvNZ

Fawad Alam wasn’t expecting that much love he may get. But he has gotten the billions of appreciations during last day, even receiving today.