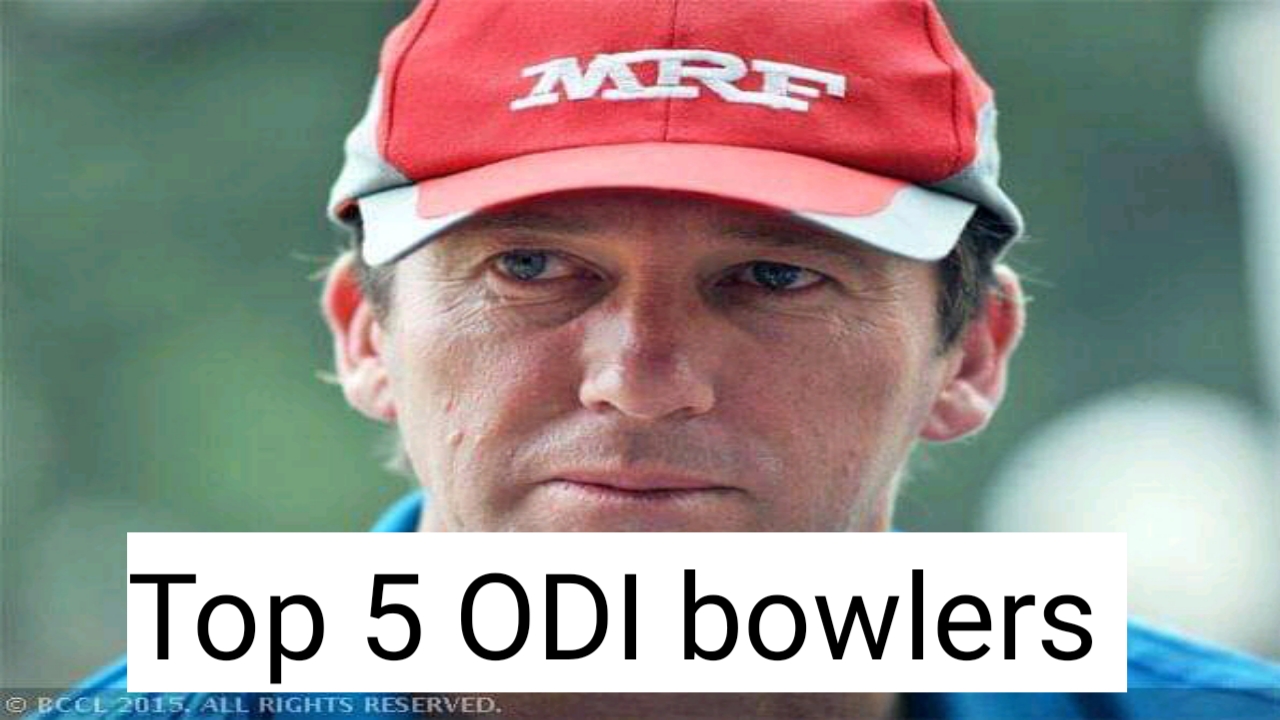 Glenn McGrath has picked his Top 5 ODI Bowlers. All of them are brilliant and are well known personalities within cricket field. They have got a lot of fame in this format.

Glenn McGrath himself is known as one of the greatest ODIs bowlers, not only is ODI but all formats. He is all time greatest faster bowler Australia has ever produced in their history.

While picking up his top 5 ODI bowlers, he also picked his teammate. Guess! Who ? It’s none other than Brett Lee, Australia’s second best ever fast bowler in their history.

MUST READ: Most Wickets For Pakistan in Test Cricket History

Brett Lee not only was delivering speed, with aggression but also was one of the most consistent with his line and length. Most notably with his wicket taking abilities.

There was time when Brett Lee was consistently trying to overtake Shoaib Akhtar’s speed, it was also only record he couldn’t achieve otherwise he has a lot under his pocket.

He also went onto pick Mutiah Muralitharan as his best choice, alongside Chamida Vaas, who both were sensational bowlers in Sri Lanka history. Both are their highest wicket taker in this format as well as their all formats.

Both combinely have done a lot of services to Sri Lanka and its cricket as both were most iconic in their history. Sri Lanka will never forget their services.

Shaun Pollock is another automatic choice for him, he has done everything he could have for his country. One of the most talkative Cricketer in South Africa history in his times.

People still remember him as one of the most lethal bowler in South Africa, however they produced some more bowlers but he was still unmatched during the times.

Guess who is on the top of this list ? Well if you are Pakistani, you might have guessed absolutely right. There is none other than Wasim Akram. McGrath picked Wasim Akram as best ever ODI bowler as he has been ranked on top of the list.

Wasim Akram is not only best ever Pakistani but most probably best ever in cricket history. Cricket has failed to produced another Wasim Akram or someone who can come close to him.

All the mentioned names ruled the ODI cricket with their majestic bowling. All are also ones who have made their countries proud. However Wasim Akram is on the top of them.