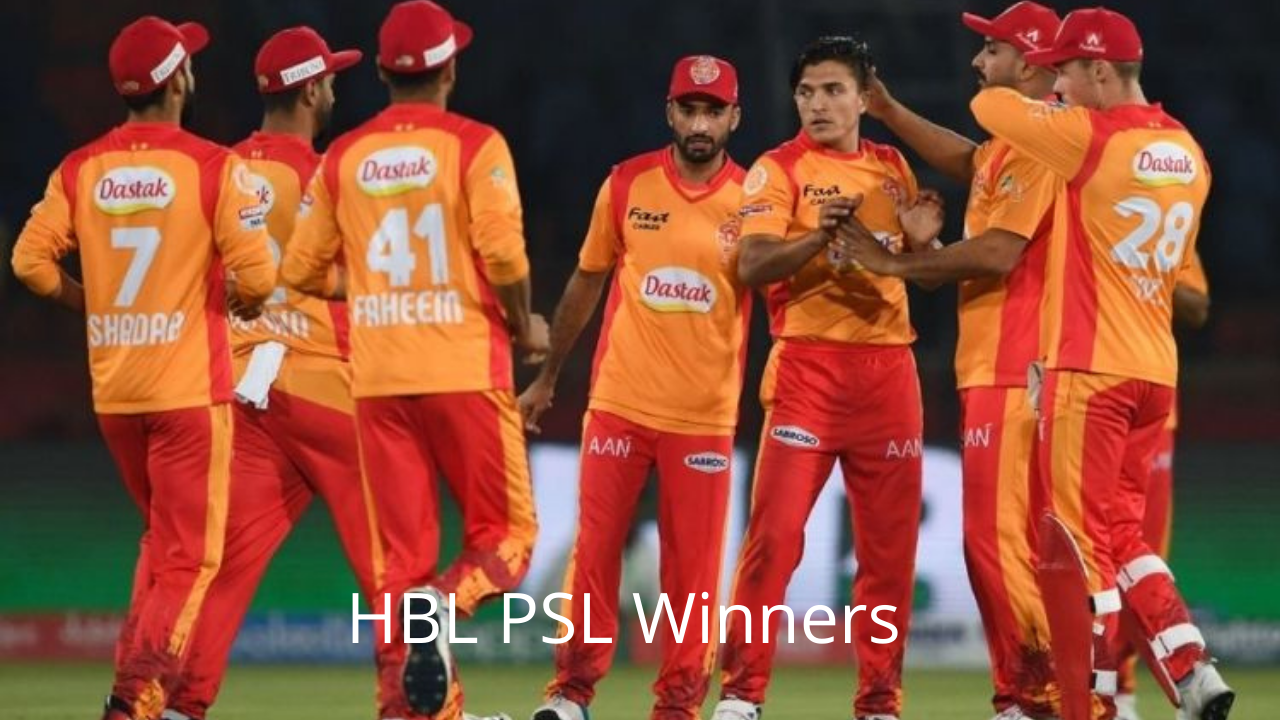 Pakistan Super League has witnessed some classic and historical games in the history of the tournament so does the winners of it as well.

Till today, 6 seasons have been played.

Some teams have won the trophy twice in the tournament and some haven’t single yet.

Yes there is hope of winning but they will have to wait for some more time now to have a chance to win the tournament for the first time at least.

United win first ever edition of the HBL PSL in 2016 with the help of some exciting talent of shane Watson, Sharjeel Khan and Brad Haddin. They were some prolific names.

Interestingly Zalmi also beat Quetta Gladiators in the final of HBL PSL 2017 but this time in Lahore. HBL PSL’s final was held in Pakistan for the first time which is also helped Pakistan to host International matches.

Peshawar Zalmi also had played some fantastic cricket in 2016 as well but they couldn’t go away from qualifiers. But finally they won the HBL PSL season two that’s too in Pakistan. They became the first champions on Pakistani soil.

Look at the consistency of Islamabad United they won the championship in 2016 as well as in 2018 which shows the dominance in all aspects.

Shane Watson, Umar Akmal, Rillee Roussow played some classy cricket in the year. The most dominant were Umar Akmal and Shane Watson who played gem kind of knocks on crucial times.

However they missed Umar Akmal in 2020 due to ban.

Babar Azam was leading run scorer of the year with most runs of 473 in the tournament.

Multan Sultans started their journey poorly at the beginning of the season in Pakistan but bounced really fabulously in UAE as the remaining half of the matches were played in UAE.

Sohaib Maqsood won the some games single handedly while their bowling was aslo exceptional throughout the tournament especially in UAE part.