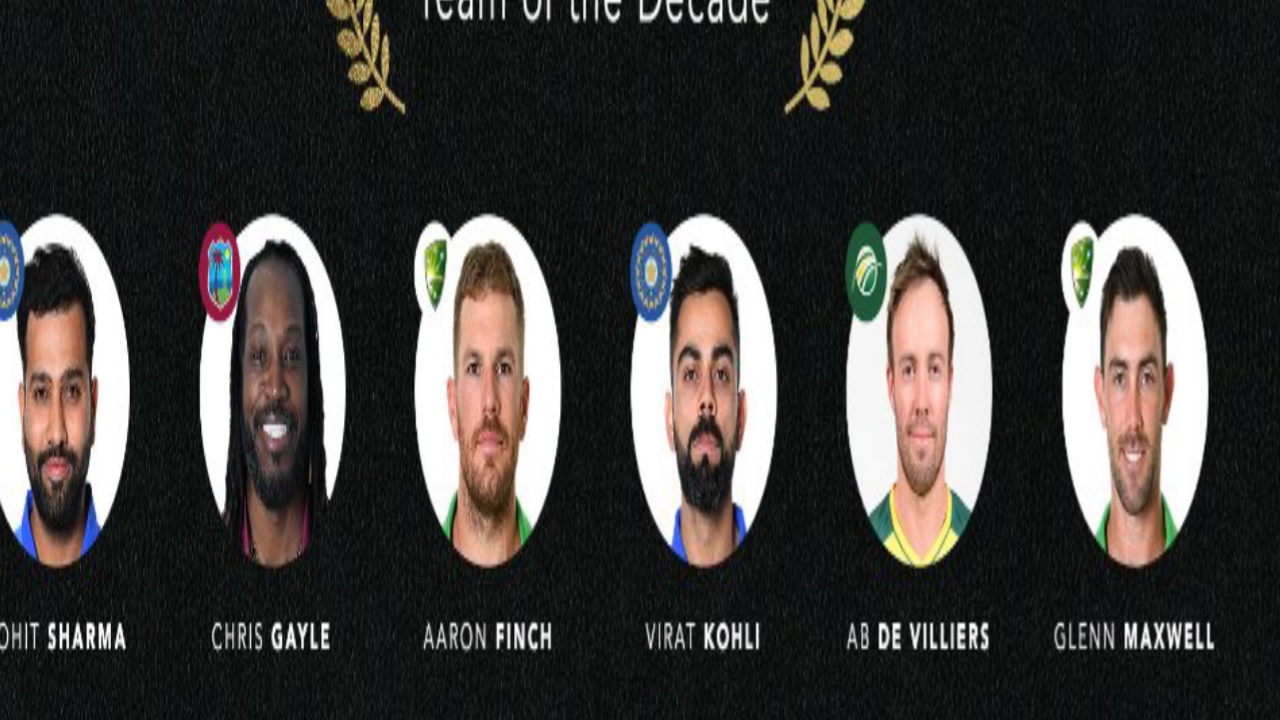 ICC doesn’t formed any criteria to select the XI as they have named Chris Gayle and Rohit Sharma as openers.

Aaron Finch who has done tremendous job in this format find his place in the team as well while Virat Kohli has find himself at 4 after having fabulous runs in the middle of the decade.

Ab De Villiers who hasn’t done any good job in last decade has also find himself among selected player but unfortunately Babar Azam has been neglected from the XI.

Glenn Maxwell as an allrounder also has been picked in the XI who has done pretty job for the team Australia also finished a lot of matches with his blistering innings, also has a century to his name in this format.

While MS Dhoni also has found himself among picked one, however don’t really know the criteria in picking him up in the XI.

Kieron Pollard who has done a fabulous job for the team also has found himself in picked ones. While Rashid Khan, Jasprit Bumrah and Lasith Malinga are picked as premier bowlers in the XI.

However former cricketers didn’t like the XI and called it IPL T20 team of the decade and also said that team is short of proper bowling options as there are only three proper bowlers in this lineup.