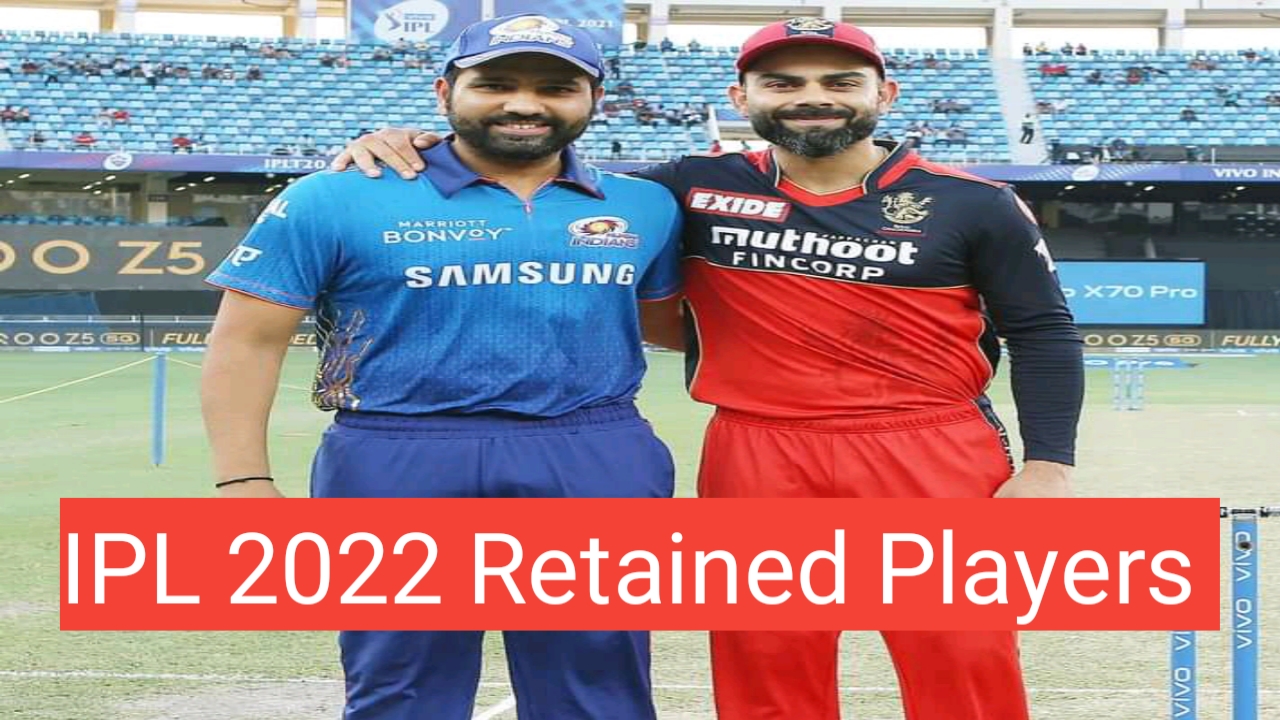 The biggest league in the world is all set to start from most probably April whire 10 teams will meet each other and four of them will go through to playoffs in the league.

Top two teams will get two chances in the playoffs, if they lose one match they still will have second game to make a comeback in the tournament. While other two will have to play two games and win both of them to go through to the finals of the tournament.

For the purpose IPL teams have picked their all retained players list for 2022 season.

After looking at IPL 2022 retained players list you will get to see there is no Ab De Villiers. He has taken retirement just few days ago. It is learnt that RCB wasn’t interested in buying him so he just left out the cricket from all forms.

David Warner is also missed out but he will go onto Auction this year so does Rashid Khan. It is learnt that KL Rahul was not interested to play for Punjab Kings as he wanted a change in IPL career.

As told by Punjab Kings that it was his personal choice to leave the team. They had announced him captain earlier for the purpose of long term captaincy but he left them.

IPL 2022 retained players list see some exciting names leaving out their original teams which will create huge opportunity for upcoming 9th and 10th team in the tournament.

IPL 2022 will be played with 10 teams this year. Both teams were bought with huge amount.