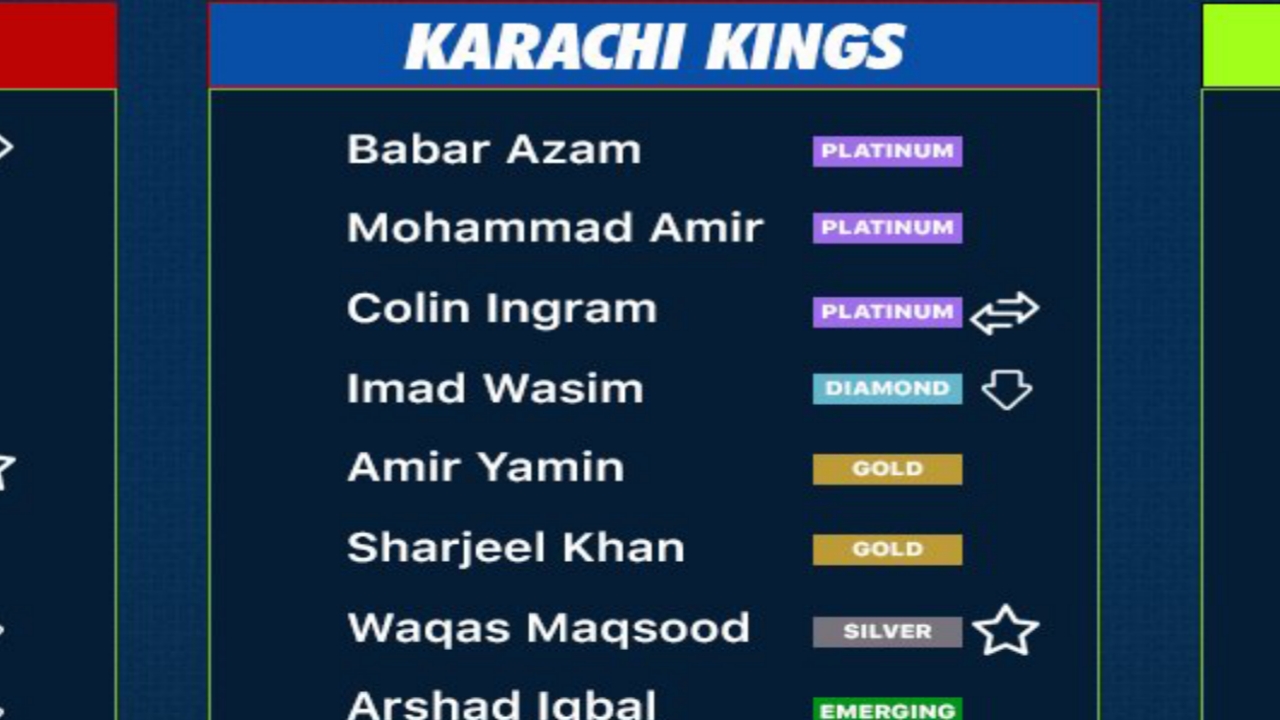 Karachi Kings have taken Mohammad Nabi as their Diamond player after they already have selected their three platinum players which are Babar Azam, Mohammad Amir and Colin Ingram as they have traded him for Alex Hales.

Dan Christian also have got picked for Karachi Kings this time while Walton has comes in again as wicket keeper batsman in the team.

Danish Aziz who also belongs to Karachi is picked for this season for his home town team.

While Mohammad Ilyas and Zeeshan Malik also got picked in Silver category for team.

Karachi Kings now have three allrounders in the team while they have bowling options of more than 7.

Karachi Kings looks a well balanced team however it will be interesting to see how will they deal on the pitch.

However players like Mohammad Amir, Babar Azam, Sharjeel Khan will play huge role in making this team champions of the PSL again.

They are currently Champions as they won last season at Karachi against Lahore Qalandars as Imad Wasim and Babar Azam played huge role in that match. Again the supporter of the Karachi Kings will set their eyes on these players.