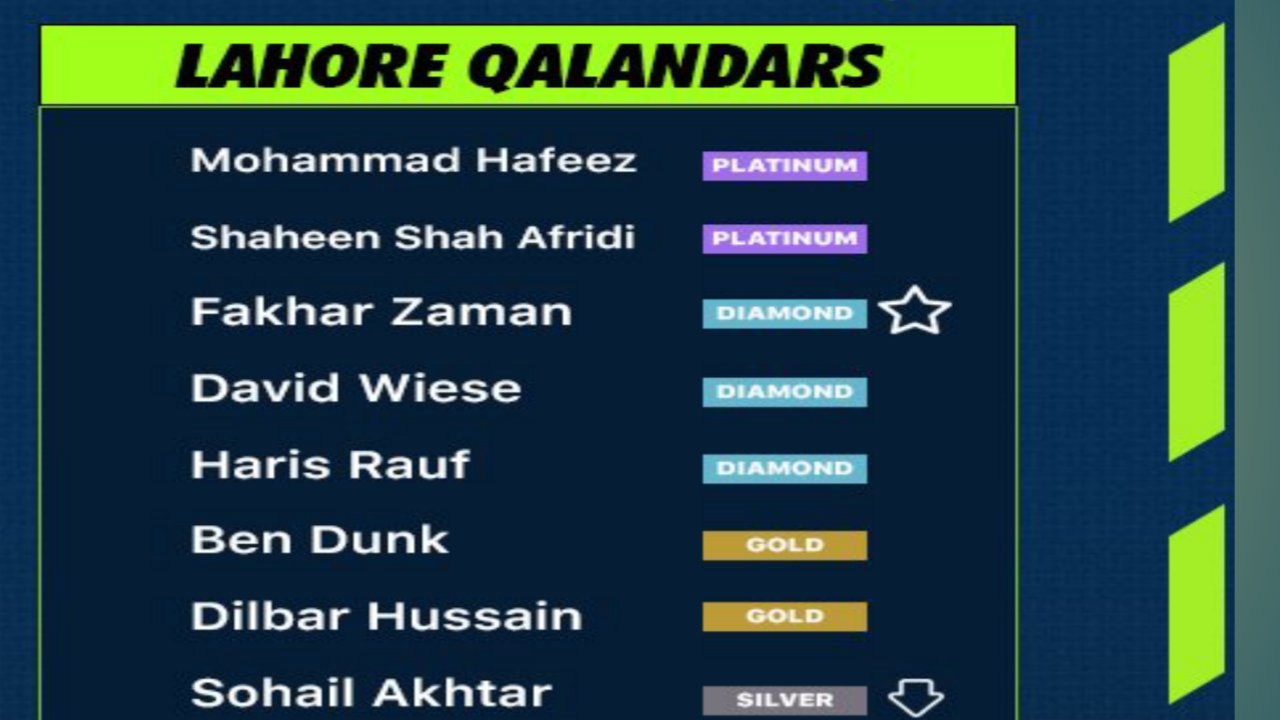 Lahore Qalandars Squad for PSL6 Updated after completion of draft on Sunday.

Lahore Qalandars have gone onto pick best bowling side of the league after picking up Rashid Khan in their lineup.

Rashid Khan already have drafted few times in HBL PSL but haven’t played any match in the league due to national duty.

This time he will be available for his team to play HBL PSL season 6.

After the arrival of Rashi Khan, bowling of Lahore Qalandars will be jam-packed with Shaheen Shah Afridi, Dilbar Hussain, Haris Rauf and Rashid Khan.

They all were highest wicket-taker in T20S last year in 2020. All had completed their 50 wickets last year in this format.

Lahore Qalandars were desperately waiting for Samit Patel to see him in their squad as they were about to lose him.

Even after picking up Rashid Khan in their lineup they were patiently looking for Samit Patel. As their managers already  has hinted that Samit Patel is their key player and will play as main role in the team.