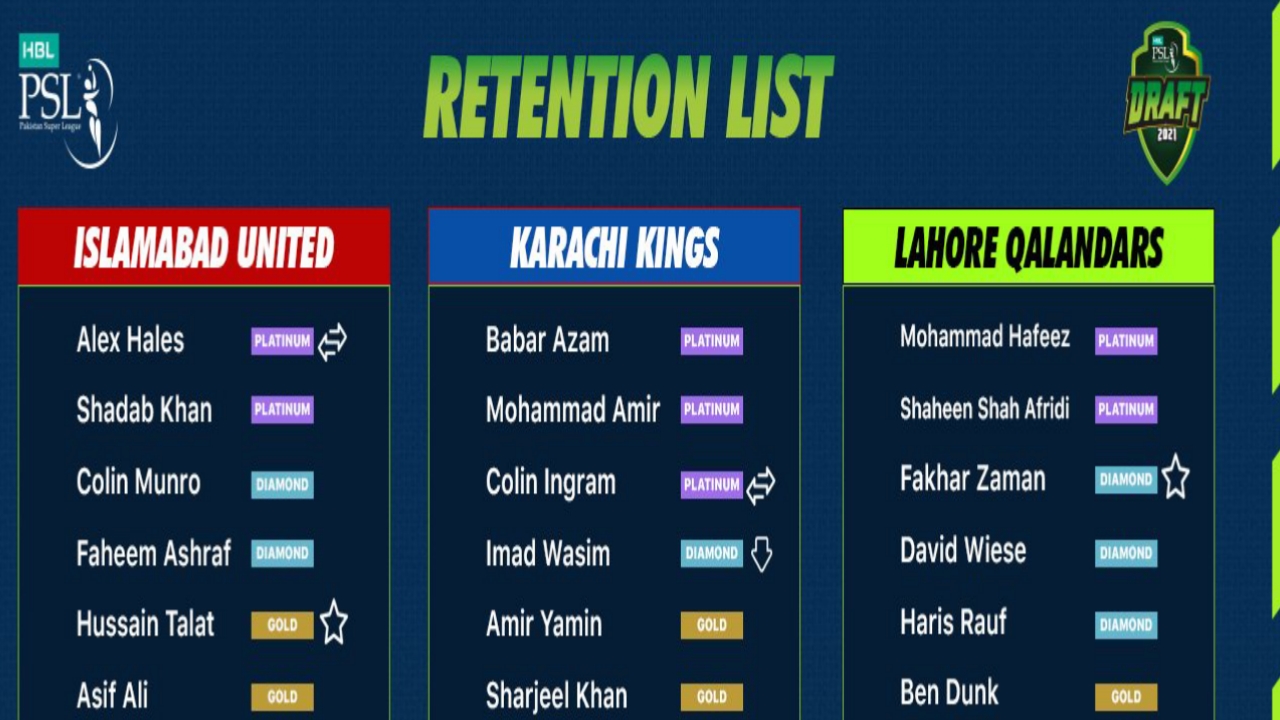 They also have released Hassan Ali as single team can’t select three platinum players from local latent. However people were expecting him to lead Zalmi this time around.

But now Hassan Ali may play for Quetta Gladiators as they have only one local player in retained for platinum category.

Karachi Kings have released Mohammad Rizwan and Iftikhar Ahmed due to their poor PSL records.

However they have trended Alex Hales with Colin Ingram in platinum category.

MUST READ: All category-wise players for PSL6 announced

Quetta Gladiators has demoted Mohammad Nawaz, as they announced only Sarfaraz Ahmed in their Platinum Category.

2 thoughts on “List of retained players for PSL6 announced”