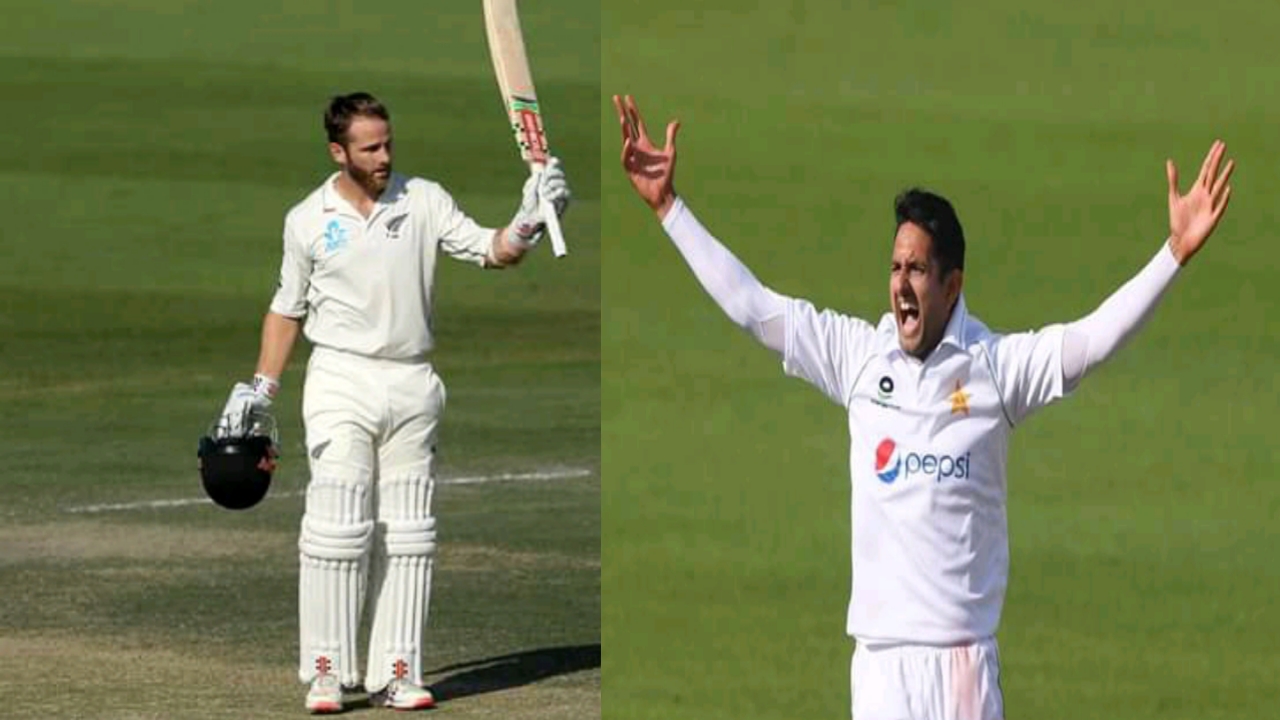 Kane Williamson after completing his century against Pakistan, hit his 3rd Test century in his 3rd Test match. He scored classy 151 runs against West Indies just before Pakistan’s series.

He scored two straight centuries against Pakistan in his last two games. 3 in 3.

Kane Williamson’s century not only help him to complete his 3rd but also helped his team to take of from a worst situation of 71/3.

New Zealand were struggling to score runs as they lose 3 wickets in quick time but Kane Williamson made sure they are still there with the loss of only 3 wickets at 286 runs.

That’s huge, getting more than 200 runs partnership between Kane Williamson and Nicholas.

“It’s very difficult to get his wicket. We had plans for him but he is a world class player. He took his time before settling at crease and we bowled well early but after tea catches were dropped and that’s why we are struggling.”

Mohammad Abbas regarding Kane Williamson "It’s very difficult to get his wicket. We had plans for him but he’s a world-class player. He took his time before settling at the crease & we bowled well early but after tea catches were dropped and that’s why we’re struggling" #NZvPAK

Mohammad Abbas who is struggling with his bowling is disappointed with the field has been shown by Pakistan’s fielders.

They put down too easy catches few a times. One of the most safest fielder Pakistan has, Shan Masood also misfielded quite of times.

Mohammad Rizwan also put down one catch off Shaheen Shah behind the stumps.