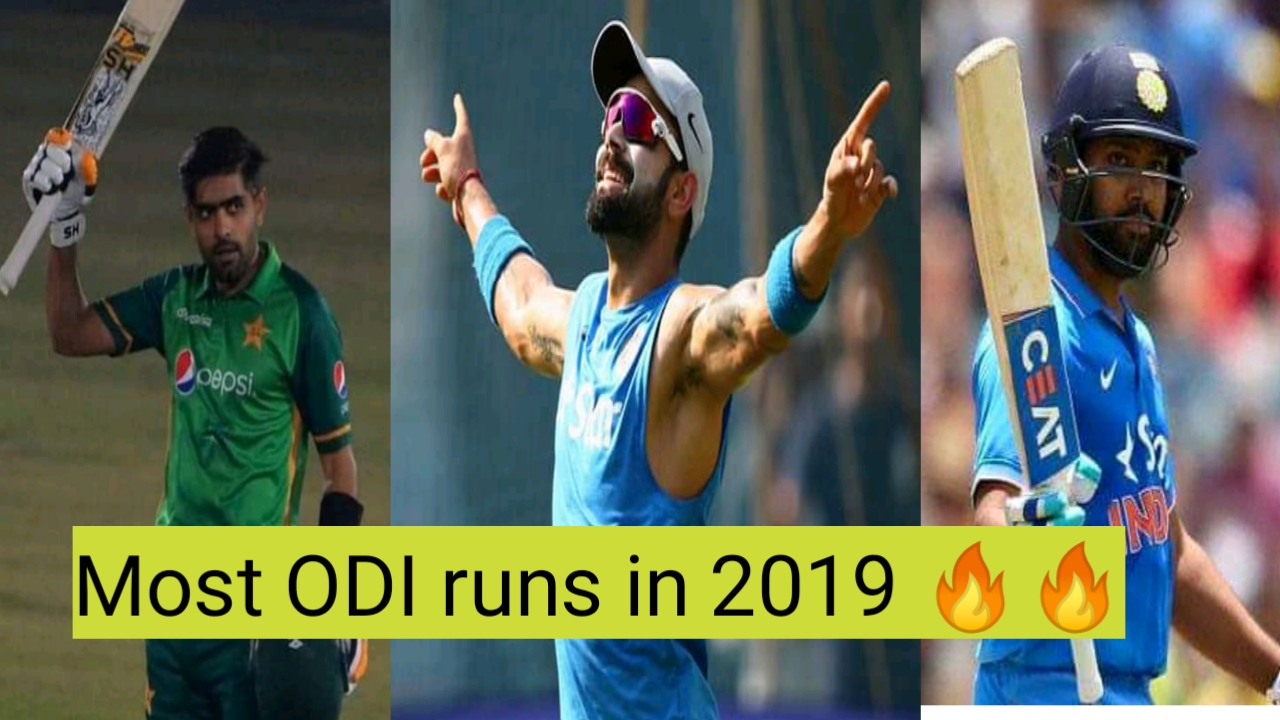 Most ODI runs in 2019 year, obviously Rohit Sharma tops the list with having tremendous World Cup where he had 5 centuries to his name in single addition of the mega event.

Rohit Sharma was most consistent batsman in year 2019 as he got 5 centuries in a single World Cup addition. He scored 1490 runs in 27 innings.

Virat Kohli hadn’t wonderful World Cup, but yet he could find himself among two run scorers in ODI. He scored 1377 runs in 25 innings in 2019 year.

He is upcoming most exciting talented youngster who has already made his name among most consistent batsman. He belongs to inconsistent team yet you can differentiate his class with his runs. He scored 1345 runs in 26 innings in ODIs in 2019 year.

He became the Pakistan’s most successful batsman in any World Cup addition after crossing Javed Miandad’s tally of 437 runs. He scored 1092 runs in just 20 innings in 2019.

He was regular opener for Australia in 2019 but couldn’t survive much after even having tremendous score in 2019. He was among the most successful Australian batsman in that year who scored 1085 runs in just 22 innings.

He became the “Man of the tournament in 2019 World Cup after having bundle of runs as well as leading the side wonderfully that year. He scored 948 runs in just 19 innings.

He has become the most consistent New Zealand player after 2015 World Cup. He is setting records every new day. He is just few inches away from taking Babar Azam’s third spot in latest ICC ODI rankings. He scored 943 runs in just 20 innings in 2019.

Joe Root is currently in fab four but most people don’t like it after looking at Babar Azam’s recent performances. People want Babar Azam to replace him but it doesn’t really make sense when you look at the runs he scores every year. He scored 910 runs in 20 innings in 2019.

He haven’t had wonderful World Cup but had few good series to his name in that year. Century in last match of the mega event was also notable. He scored 904 runs in 21 innings in 2019. Which makes him another Pakistani batsman after Babar Azam to score most runs in 2019.