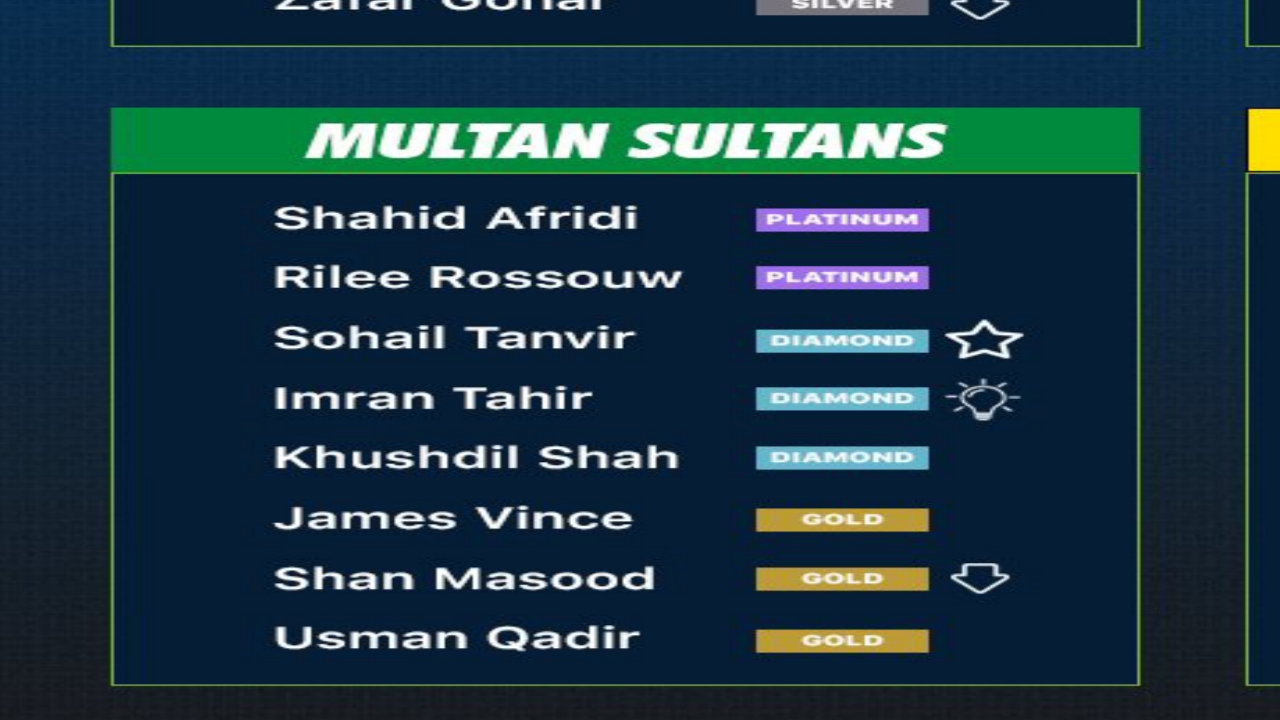 Multan Sultans have retained the likes of Shan  Masood, Khushdil Shah, Imran Tahir and one of the biggest star Shahid Afridi in their squad for PSL6. Shahid Afridi’s last year’s performance was better with both bat and ball.

Shahid Afridi was also handy with the bat in LPL last year just few days ago. Multan Sultans have selected a very balanced squad for this year’s HBL PSL.

They have named Chris Lynn as their platinum in foreign category as they already retained Rillee Roussow and Shahid Afridi in the list.

They already have retained all players from Diamond and Gold categories in first list of retained players. Khushdil Shah, Sohail Tanvir, Imran Tahir, james Vince, Shan Masood and Usman Qadir were there.

Shahnawaz Dahani and Mohammad Umar have been picked up in Emerging categories whereas Imran Khan senior and Carlos Brathwaite came as supplementary picks.

However they couldn’t retain one of their main bowler Mohammad Ilyas who was their best bowler in last PSL season.

The owner of Multan Sultans also has shown his disappointment over losing him and also wished him the best for his upcoming journey as he has joined Karachi Kings now where he will meet with Mohammad Amir and Imad Wasim alongside Babar Azam who  are also their first choice cricketers.