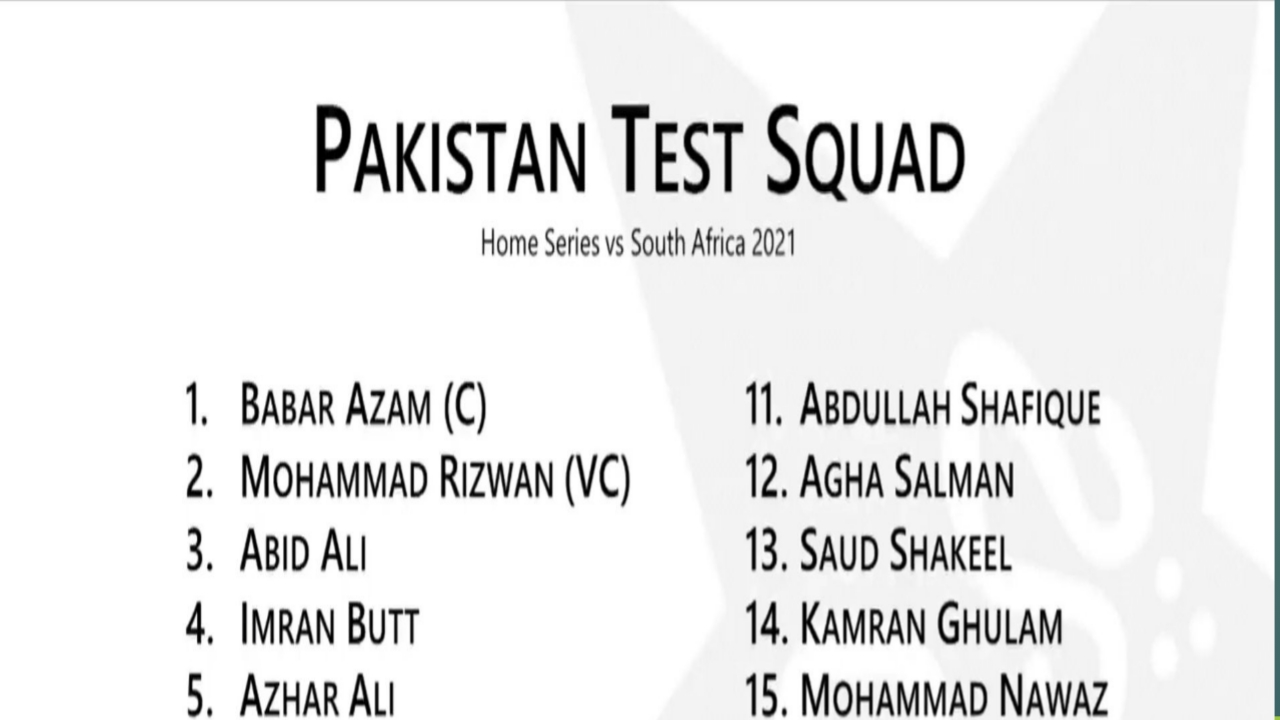 Many top domestic performers have been picked for the first time.

You won’t imagine that for the first time too many domestic performers have been picked.

Babar Azam will captain the team while Mohammad Rizwan will be his deputy.

Imran Butt who couldn’t play his first game against New Zealand also has been retained.

Abid Ali alongside Azhar Ali also been retained. However some notable dropped players are Shan Masood, Haris Sohail, Sohail Khan (Without playing) Mohammad Abbas who is Pakistan test specialist. But he is replaced by Pakistan’s shorter format’s specialist Haris Ruaf.

Mohammad Nawaz alongside Sajid Khan also have been picked for the first time. Nauman Ali is among most profile domestic spinner is also got selected.

The most deserving Tabish Khan has finally have heard his name among selected ones.

This squad has been cherished by Pakistan  cricket fans due to the fact that most of the players have got the chances who are performing at domestic level.

If this is to be considered, Bangladesh and Zimbabwe also apply the same rule before selecting any side for their any tour. But have they got what they want to ? NO ! simply they can’t because every player isn’t born to rule the cricket. Even if they, they need at least 4 to 5 years to become what Babar Azam is today. Will Pakistan afford this to lose 5 years not only on just 1 player but on 11 debutant players?