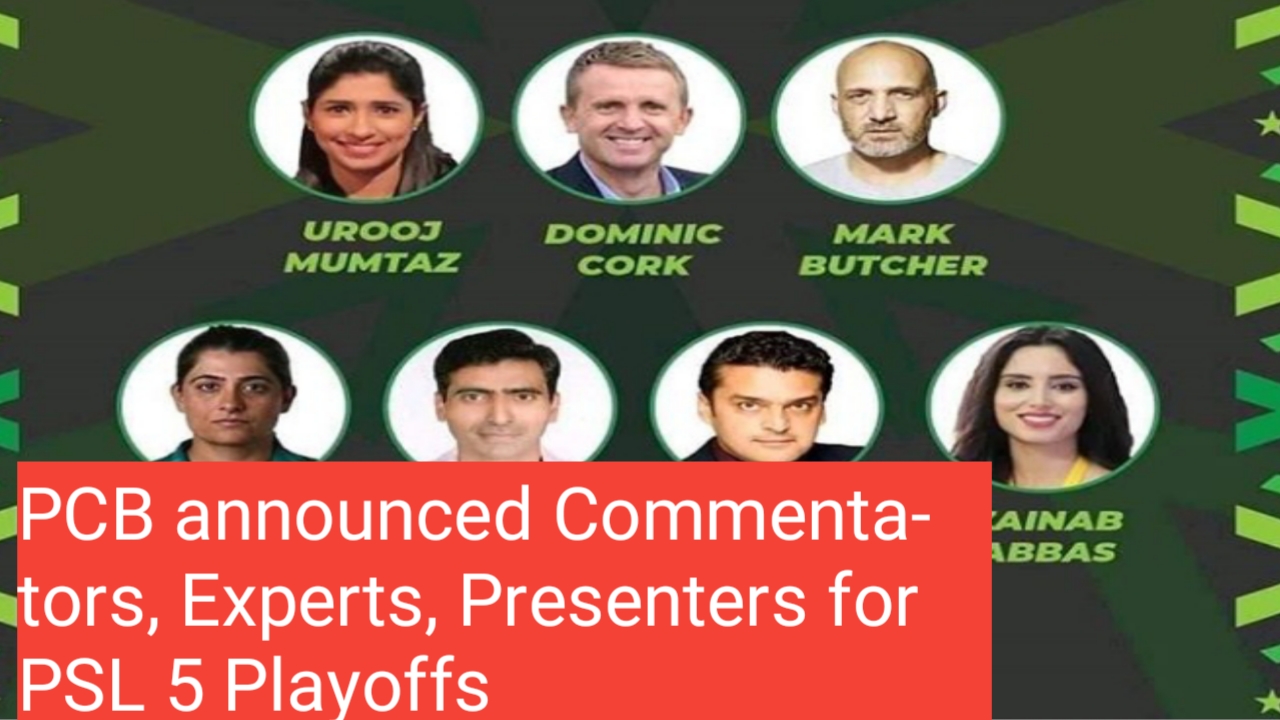 The Pakistan Cricket Board is looking to have more improved league around the around with some brilliant picks as Commentator, experts and presenters as they announce some good names to have in the league.

HBL PSL has made its name among the most entertaining leagues. May be best in the world after IPL. The Pakistan Super League is famous for some producing quality players for Pakistan. It already has given the players like Shaheen Shah Afridi, Fakhar Zaman, Haider Ali, Shadab Khan, Mohammad Hasnain, Khushdil Shah, Haris Rauf and many others.

All teams are gearing up in practice matches at the moment. Multan Sultans look unbeatable with some brilliant combination with both bat and ball. They also have most balanced squad with 3 leg spinners, some allrounders, pure batsmen and pure bowlers.

On the other hand, Peshawar Zalmi will miss the services of Hassan Ali in first Eliminator against Lahore Qalandars. While other teams have still same players apart from Lahore Qalandars which will miss their Chris Lynn. Their other players in Shape of Muhammad Hafeez, Ben Dunk and Fakhar Zaman are still there to take them to the finals of HBL PSL 2020.