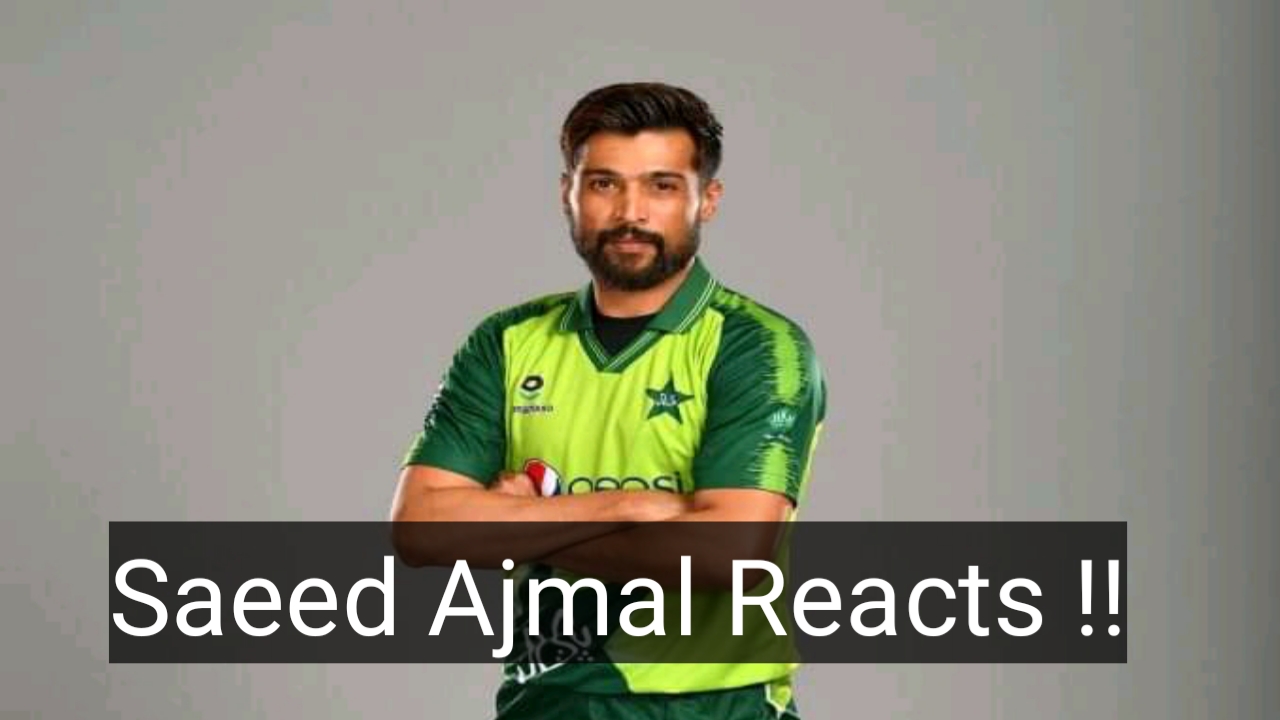 Saeed Ajmal urged Pakistan Cricket Board (PCB) to convince Mohammad Amir to take his retirement back after settling the issue with Waqar Younis and Misbah ul Haq.

Mohammad Amir while taking retirement said that he can’t afford this torture anymore, he can’t play with the current team management.

“I can’t afford the torture I have been facing since that accident in 2010 anymore, I can’t play with current team management,” Amir told.

“No body really supported me except of Najam Sethi and Shahid Afridi, I’m really thankful to them,” he added.

Now Saeed Ajmal reacts to Mohammad Amir’s retirement while saying that PCB must look at the matter among Amir, Waqar Younis and Misbah ul Haq.

“Pakistan Cricket Board must convince Mohammad Amir to take his retirement back and play for Pakistan after settling out the issue with Waqar Younis and Misbah ul Haq,” reacted Saeed Ajmal.

Mohammad Amir took Test retirement in 2019 after World Cup, some believed he took because he wanted to leave country but he is still in Pakistan after more than 1.5 years.

Some believed he wants to play more and more leagues but Mohammad Amir has played only few leagues since. However Mohammad Amir told that he was having workload problem, his body wasn’t allowing him to play more games. He missed the international cricket more than 5 years that also trouble him a lot as long as he was taking rest from cricket field.

It is almost impossible for players to come back after the gap of 5 years, especially for bowlers who are well aware of the things that they need to have something to bowl to regain their form which wasn’t case for Mohammad Amir at all.