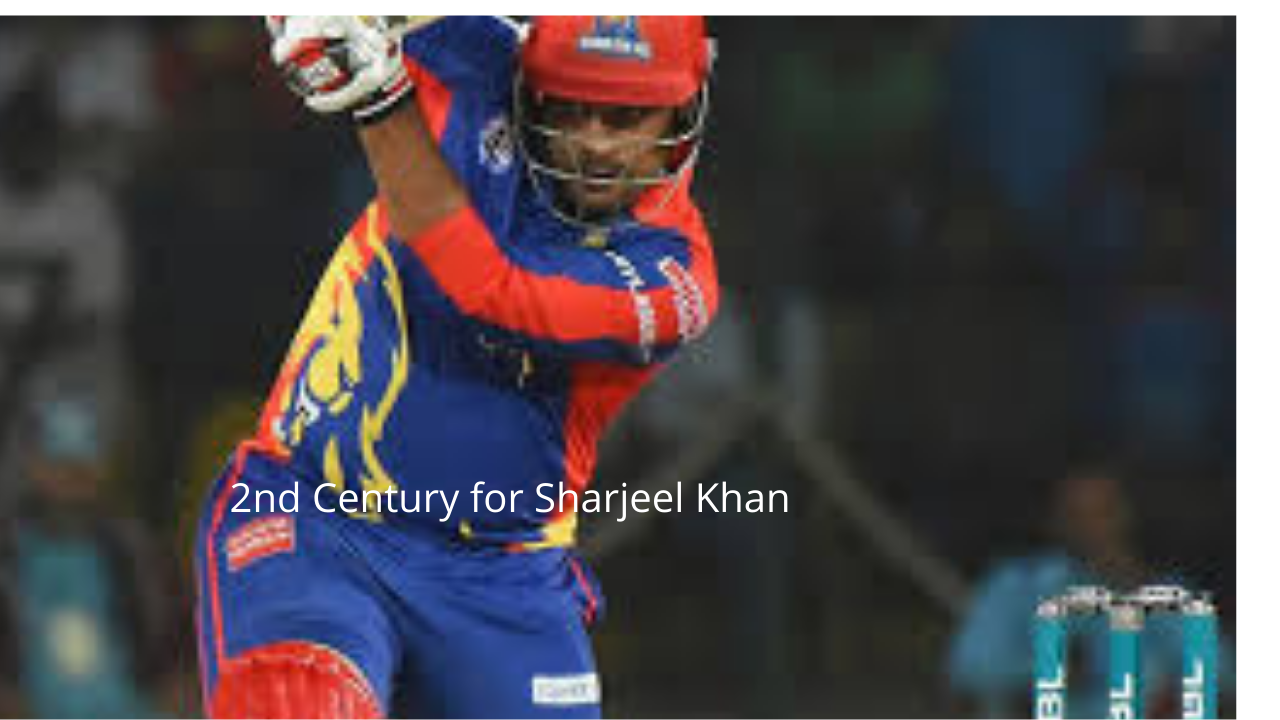 He also created history after sharing biggest partnership in the history of the HBL PSL.

Pakistan Super League already has seen some sensational centuries from different players but this is the first in this year that’s too first in the Pakistan in total matches being played here in this country in this league.

Sharjeel Khan made 105 runs before given out LBW to Hassan Ali’s bowling but surely he already had made the most of this opportunity.

Babar Azam also made huge contribution as he scored 62 runs on 54 balls. Although it was slow knock but it has also some  value coming into this biggest partnership.

Sharjeel Khan 2nd century in PSL only came on 54 deliveries.

They made the biggest partnership of the PSL after hitting 176 runs in first wicket stand.

They also had similar kind of partnership last year in Pakistan as they had made 151 for playing same team Karachi Kings.

It was flat track we can’t deny the fact but the innings was also got huge attention as it came after long long time from Sharjeel’s bat.

It is for those who may have seen him playing that slow. Sometime you have to be patient so that you partner can make the most of his chances and Babar Azam did the same so there is no wonder.

Babar Azam utilize Sharjeel Khan’s form and allowed him to face more balls after playing more balls at first impression of the match.