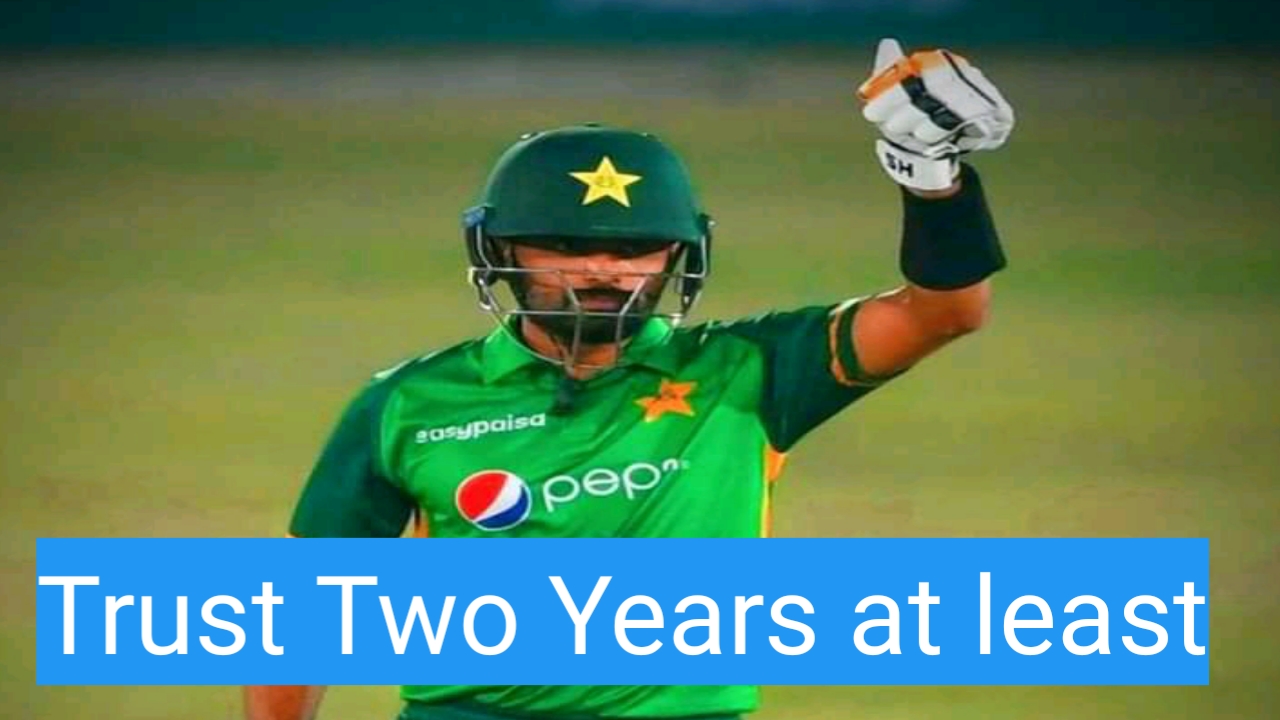 Shoaib Akhtar on Babar Azam’s captaincy said trust him at least for two years even if he fails badly.

Babar Azam just became the Test skipper for Pakistan side after new announcement came from Pakistan Cricket Board. PCB has made Babar Azam all formats’ captain after completion of Zimbabwe series where he finished 3-match T20I series with 3-0.

According to source revealed by Geo: Shoaib Akhtar on Babar Azam’s captaincy said that PCB should carry him at least for two year even if he fails badly. Whatever results are, he shouldn’t be sacked before 2 years.

Shoaib Akhtar believes it was injustice to Azhar Ali who was removed from Captaincy after just 4 series. It shouldn’t be happened with Babar Azam at least till 2022.

Shoaib Akhtar wasn’t the big fan of Azhar Ali either but removing him from Test captaincy hasn’t seen him praising Pakistan Cricket Board. However he believes if PCB has removed Azhar Ali after few series. It should not happen with Babar Azam if he fails.

“Whatever results come out in Babar Azam’s Captaincy, PCB should trust for two years at least. He should be given two years if even he fails badly,” said Shoaib Akhtar.

Pakistan Cricket Board has given all formats Captaincy to Babar Azam due to his batting abilities. Otherwise he only captained domestic team in just 4 four-day matches. On the other hand, many believe Shan Masood should have become the Test skipper of Pakistan team due to his experience as captain as well as he was being monitor as next captain earlier under Sarfaraz’s Captaincy.

Sources were being also humored in 2019 that Shan Masood is going to be next Test captain but after sensational performance in Test format, Babar Azam made it easy for PCB to announce him as all formats captain.

Babar Azam has scored most runs since 2019 across all formats. It is the reason why PCB believes he is the right man to go with for longer run because he is only batsman who performs in all formats for Pakistan at the moment.