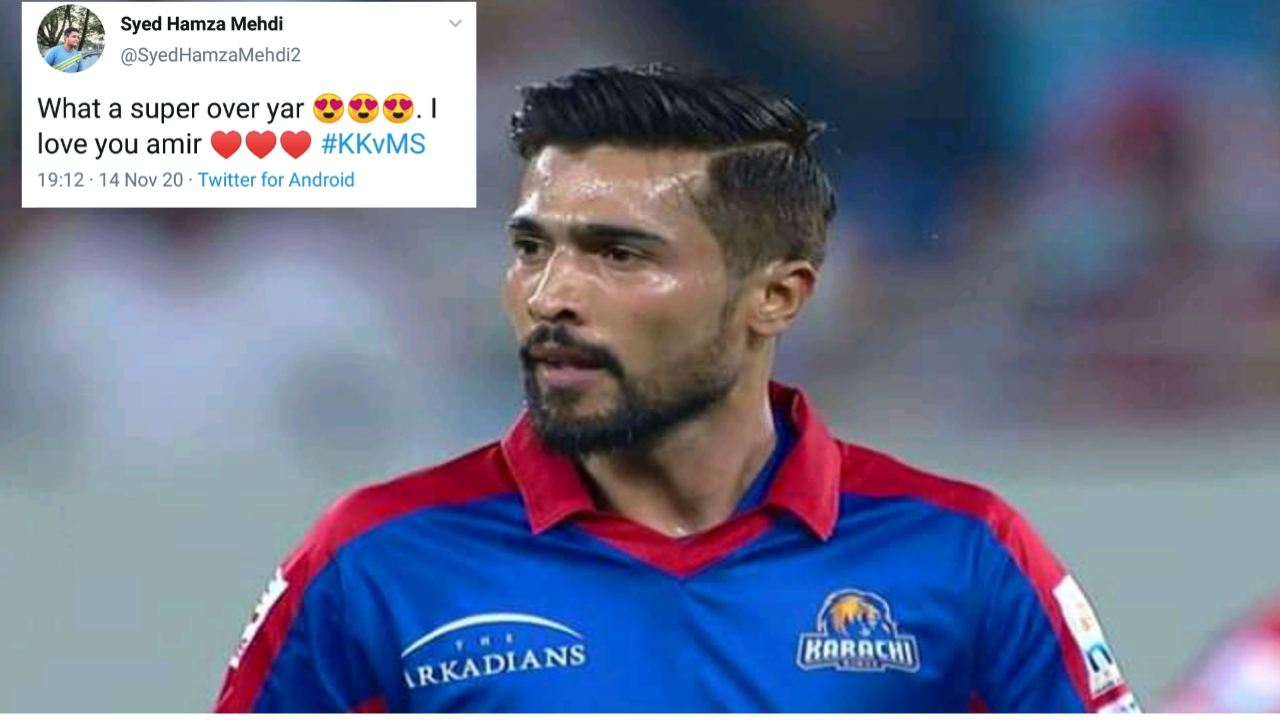 Twitter erupts as Amir wrap-up Multan Sultans. Muhammad Amir made it clear for Karachi Kings to go through PSL final for the very first time in their history.

Karachi Kings have qualified for the finals for the first time in PSL history. Muhammad Amir the man who made it clear for them. Well will you forget the heroics of Imad Wasim at the end of the innings while chasing 142 runs which Multan Sultans set for Karachi Kings after Ravi Bopara’s 40 off 31. Sohail Tanvir’s cameo at the end of the first innings, who got 25 runs off just 13 deliveries.

Sharjeel Khan and Rutherford came to bat in the super of the of Qualifiers, Although Sharjeel Khan couldn’t make any case for his team but Rutherford was enough for them to get 4 and 6 in last three deliveries before getting out to Sohail Tanvir.

Multan Sultans’ Ravi Bopara and Rillee Roussow came to bat, facing Muhammad Amir who was already heading towards Misbah’s illness for not selecting him for T20I series against New Zealand.

It was really a tough for someone who has given everything to two formats and losing those formats will surely hurt the emotions as well as to give another opportunity to talk with ball.

Muhammad Amir did exactly what he was looking at as his opponent couldn’t really be able to hit his ball. Muhammad Amir himself gave away three wides in an overs but really weren’t enough for Multan Sultans.

Here is how Twitter erupts as Amir wrap-up Multan Sultans

Karachi Kings qualify for the PSL final after an incredible super over win. Amir bowled a fantastic super over just like the CT 2017 final spell. Babar can score even in must win matches, Asia's best batsman for a reason. Pakistan Super League best league in the world.👏 #Cricket

That's why Muhammad amir is a world class bowler, whenever team needs him he will deliver his best @iamamirofficial ❤❤
What a super over 👍#PSLV at its best 👌#PSLV #PSL2020 #KKvMS