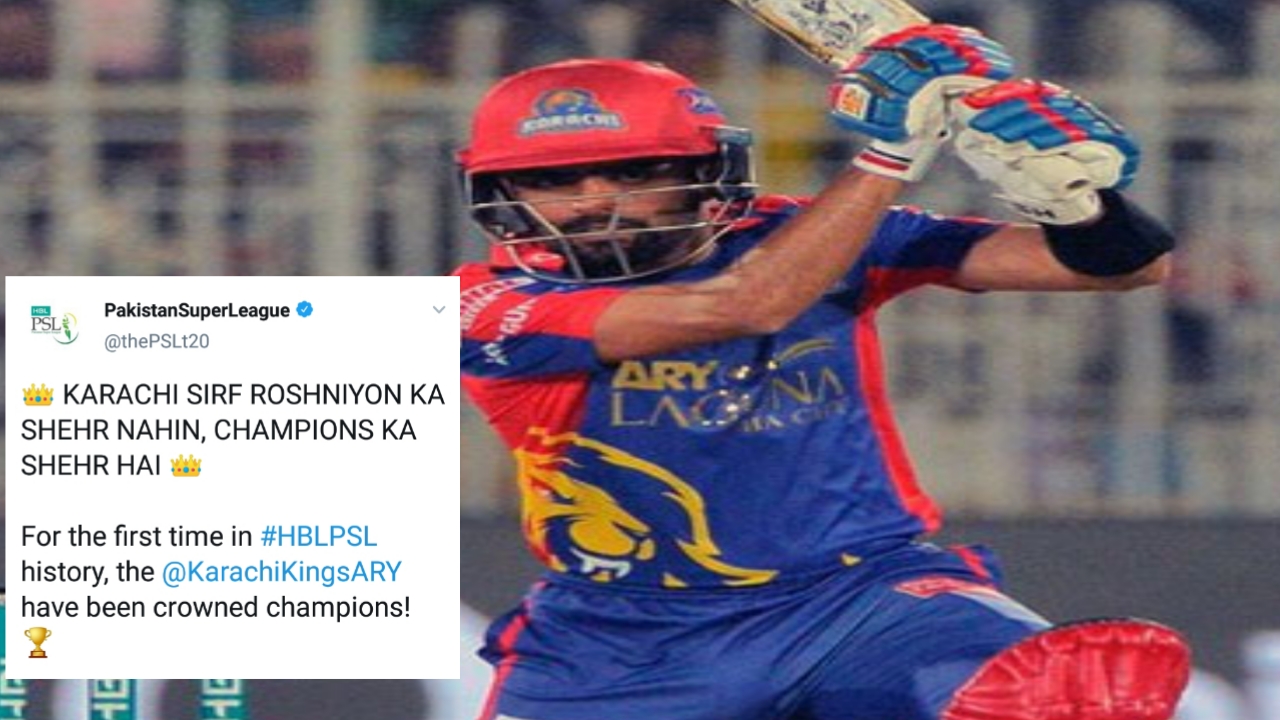 Karachi Kings have won the HBL PSL 5 after Babar Azam’s tremendous runs throughout the innings on a very difficult and tricky pitch.

Babar Azam was very smart, he already had mentioned that pitch is all about playing proper cricketing shots and he has proved it after playing sensational innings in run chase as Babar Azam thrash Qalandars to win PSL final.

Lahore Qalandars made 134 runs after playing all overs. Brilliant bowling done by Karachi Kings to restrict them under below par score.

Babar Azam who won them HBL PSL final  has scored most runs in PSL, also has scored the most runs in this year’s T20 cricket. Second best was Alex Hales who haven’t had better day today as he couldn’t make the most of today’s match while chasing low score.

Walton played handy knock as well after two wickets were fallen in no time today, he made 22 crucial runs for team.

The other factor of this match was, people were looking at the battle between Babar Azam and Shaheen Shah Afridi but yet again it’s Babar Azam who won it.

It's not a Qalanders day today,
Congratulations for playing final.
It's been a remarkable achievement after 04 years of hardwork 👏👏#PSLFinal #KKvLQ #HBLPSL #PSLV

An appreciation tweet for Babar Azam, Unproblematic king we all stan. 👑 From his cover drives to consistency in every game, Just amazing Mashallah ❤️ #KarachiKings #KKvLQ #PSLFinal pic.twitter.com/UbiGCQbEa3

It was difficult a bit at the end but Babar Azam didn’t really care as Imad Wasim the captain was beside him to take the pressure off.

Babar Azam and Imad Wasim did it after some classy fours in final two overs. Imad Wasim played superb shot to finish it off and won a HBL PSL final for Karachi Kings.

KARACHI KINGS ARE NEW CHAMPIONS OF THE HBL PSL 2020 finally after 5 years of struggle and hard work.