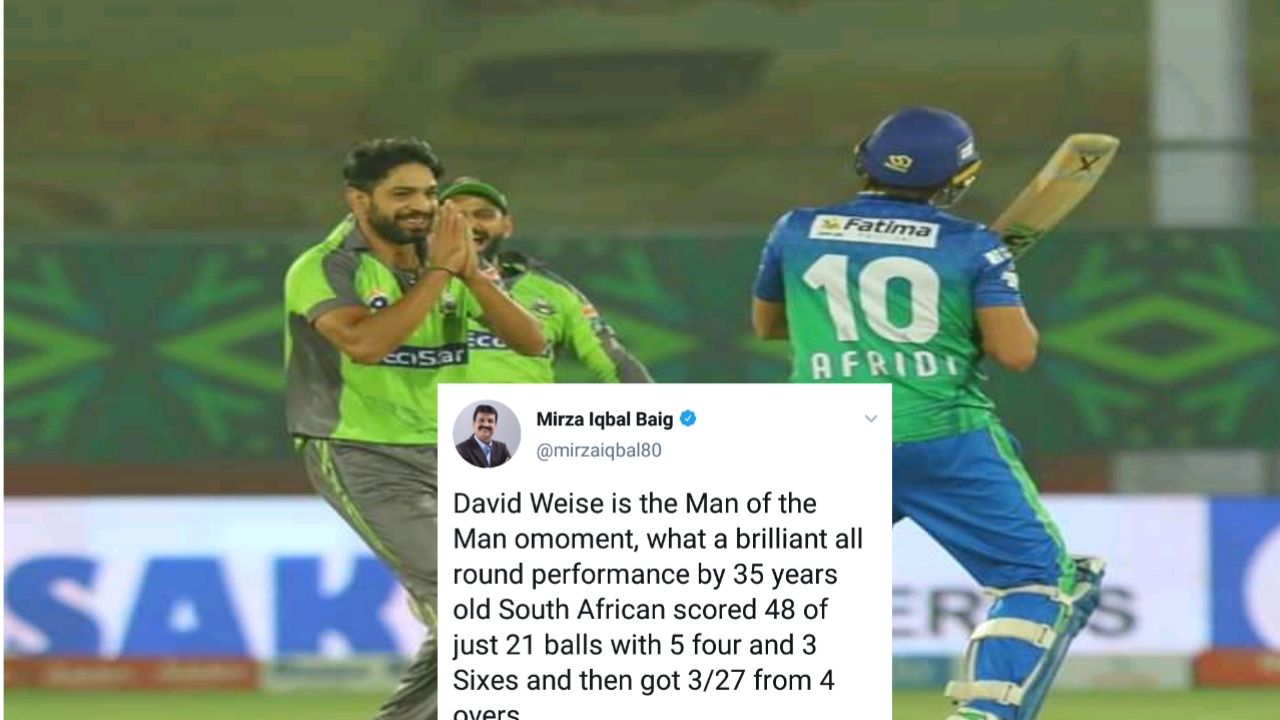 This is the first ever time that both Lahore Qalandars and Karachi Kings have reached to the PSL final. Haris Rauf has made it easy for Qalandars to go up against Multans Sultans, they have had really a balanced side before facing Lahore Qalandars.

Lahore Qalandars defeated Peshawar Zalmi last night to reach it here, and beating Multan Sultans will surely boost their morals. Coming back to match, Lahore Qalandars were struggling to get a decent total in the middle of innings but Samit Patel, and David Wiese had other plans, especially David Wiese who took charge on Junaid Khan and Sohail Tanvir in last two overs as Qalandars got 38 runs in last two overs which made a clear difference between both sides.

But it won’t take any credit away from Haris Rauf who started taking wickets when his team was going down. In fact he took all important wickets in the match.

Although due to David Wiese’s all-round performance, he is adjusted as “Man of the match.”

Lahore Qalandars made 182 runs after playing all overs. In answer Multan Sultans bundled out on 157.

Khushdil Shah was looking in good shape to take the game away from Lahore Qalandars but again it was Shaheen Shah Afridi who stopped all the remaining hopes of Multan Sultans in just an over.

Haris Rauf also took a wicket of Shahid Afridi in which he bowled him out but apologized him. May be because he wants to give him respect. It wasn’t the way to end the innings of Shahid Afridi who just got out on golden duck.

It was a really tough game for Multan Sultans and its fans.

IT'S A LAHORE VS KARACHI FINAL!

David Weise is the Man of the Man omoment, what a brilliant all round performance by 35 years old South African scored 48 of just 21 balls with 5 four and 3 Sixes and then got 3/27 from 4 overs.#PSL2020

in 2020 many things are happening really
😂😂😂😂😂 i can't believe on my eyes really to day
Kal dinosaur a nikal https://t.co/xONre2rkW9

He claimed 3/30, including the wickets of Rilee Rossouw and Shahid Afridi with consecutive balls, to send Lahore Qalandars through to @thePSLt20 final 🏆 pic.twitter.com/osdrvosIqx

Lahore Qalandars will face off Karachi Kings in PSL Final.