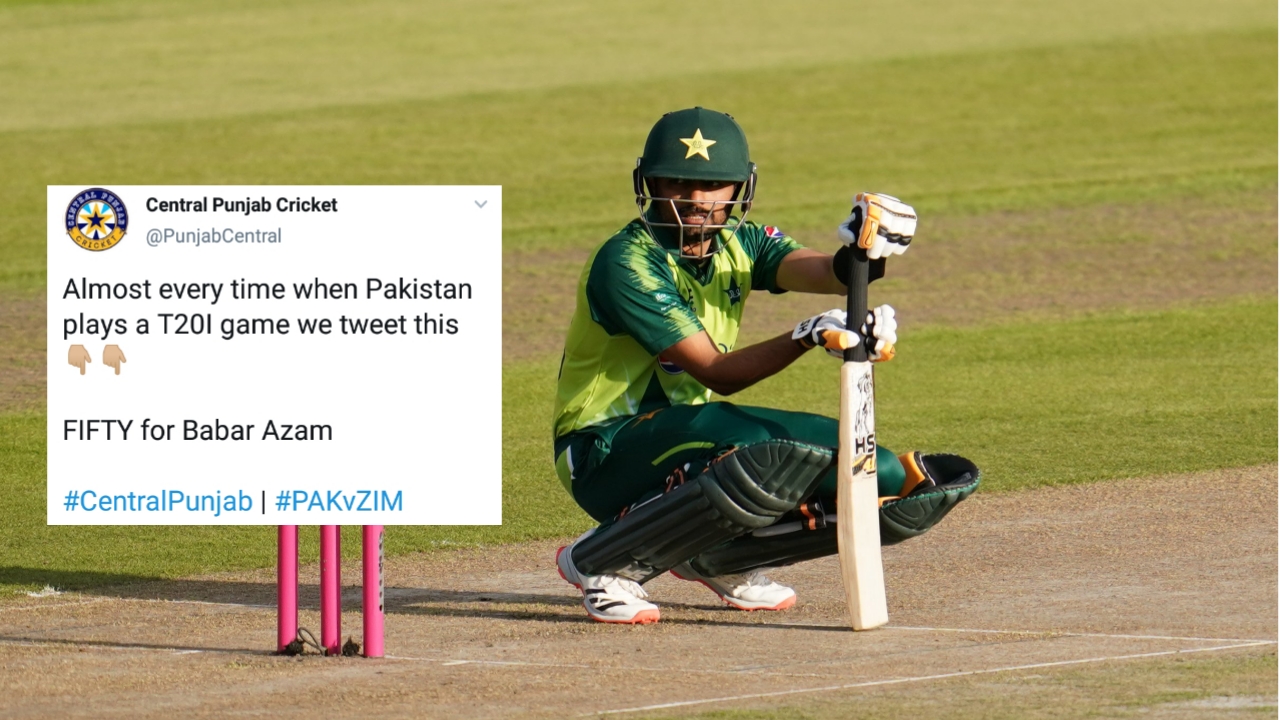 Babar Azam after failing in last match shows how to answer the opposition with the bat as he believes bat talking not what other plans to hear.

Babar Azam made aggressive 82 runs while chasing 157 runs against Zimbabwe. After failing in final ODI, Babar Azam had to answer all those who were doubt over his abilities.

Muhammad Hafeez also played good innings of 36 runs before going back to pavilion. It was already one-sided game with Babar Azam’s classic.

Praising Pakistan’s bowling is thing to talk today as Haris Ruaf, Muhammad Hasnain, Usman Qadir and Wahab Riaz all were among the wicket takers beside Fahim Ashraf who disappointed yet again.

Entire team played as unit today as we saw them over the line with ease. But it’s gonna be fun to see how Twitteraties react to it.

READ MORE: Babar Azam came up with tweet after losing match against Zimbabwe

Here is how Twitter erupts as Pakistan thrash Zimbabwe in first T20I.

Babar scored at better strike rate than Rahul ? I prefer not to speak if I speak twitter will suspend me #PAKvZIM https://t.co/EmayvB38yQ

In the end Babar Azam named “Man of the match”.

He also completed his 1000 T20 runs this year and became only player so far to do so. Strangely with better strike rate this time. He has worked out on his strike rate a lot quicker and in better way.

Babar Azam is far ahead of any Pakistani international cricket at the moment. Many cricket fans also called him only brother of the 10 sisters. Although it is in another way but suits pretty well after looking at the performances of this sensational guy Babar Azam.

But Nasser Hussain wants to see his further improvement and also wants him to be more consistent in Test format. So that he can become like Virat Kohli who is leading the cricket as batsman with top 2 rankings in both formats Test and ODIs.