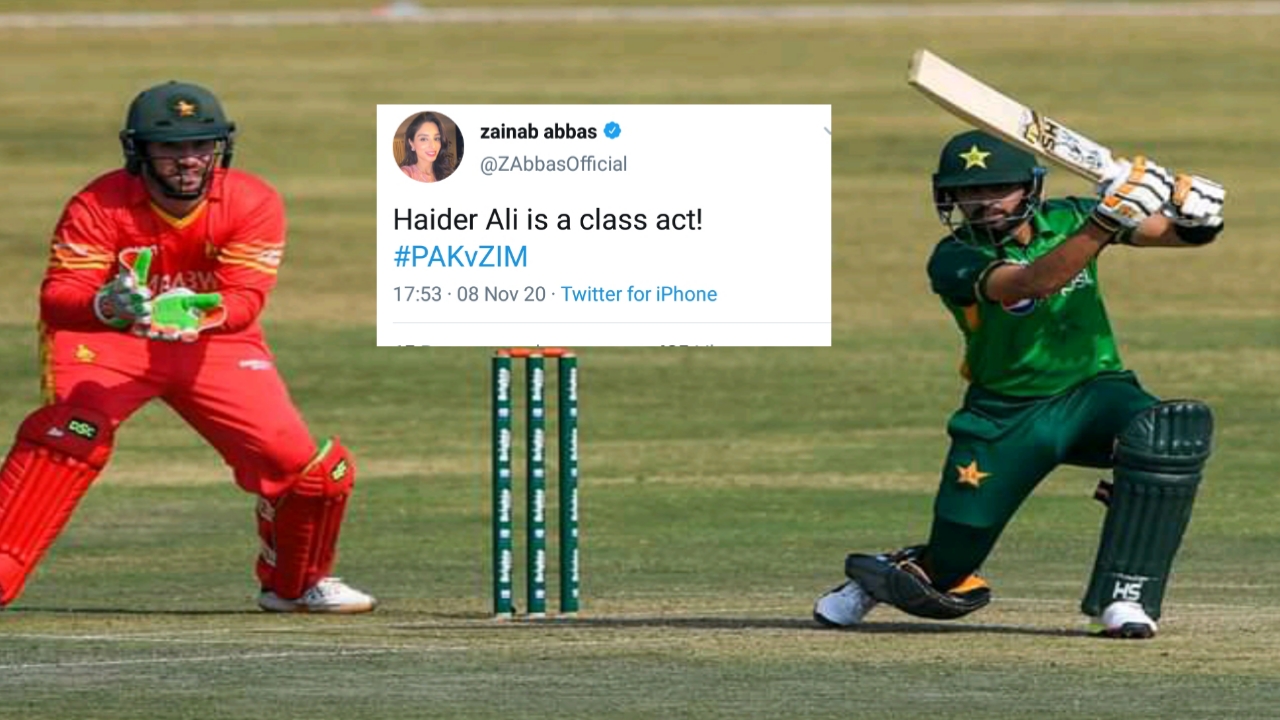 After failing humiliation in last ODI match Pakistan is dealing with victories that’s too with ease.

Zimbabwe after batting first could score only 130+ after giving up against the quality bowling of Usman Qadir and Haris Rauf.

Usman Qadir bowler really well especially when he was being criticized due to his friendship with Pakistan’s skipper Babar Azam. People were calling him “Parchi”. Rightly so. But performances do talk and none has shown better than this guy.

Haider Ali, a sensational a brilliant and a better hitter started things really well and ended up on getting his second International fifty well supported by Babar Azam’s another fifty. He is just inches away from getting his first position back.

Pakistan also had defeated them with ease in First T20I .Twitter similarly came up with the similar reactions.

But in today’s match there were many performers just like the fans wanted from Pakistan team. Team contribution.

Here is how Twitter reacts as Pakistan wrap-up Zimbabwe

Has Babar got enough runs to be no1 ranked batsman again now?

But the question is: Has Babar Azam got enough runs to be ranked No.1 batsman again now? Answer: No.

Usually rankings update after the completion of the series. Babar Azam’s 49.9 average was helping him stay at the 2. But he has now 50+. But if couldn’t score at least 20 runs in last match, there is no chance for him to become No.1.  even scoring 20 runs won’t guarantee to get his first position back. But statically he needs to score in last match as well.

🇵🇰 Congratulations to Pakistan who have won their T20I series v Zimbabwe 👏

Fifties for Haider Ali and Babar Azam have secured them a comfortable 8️⃣-wicket win in the 2nd T20I #PAKvZIM pic.twitter.com/sHUwZvQ0wb

Pakistan won the game by 8 wickets with unbeaten fifty of Haider Ali and aggressive innings of Babar Azam after complete performances with the ball as Usman Qadir and Haris Rauf took three wickets each to restrict Zimbabwe to low score of just 134 which Pakistan chased with ease.