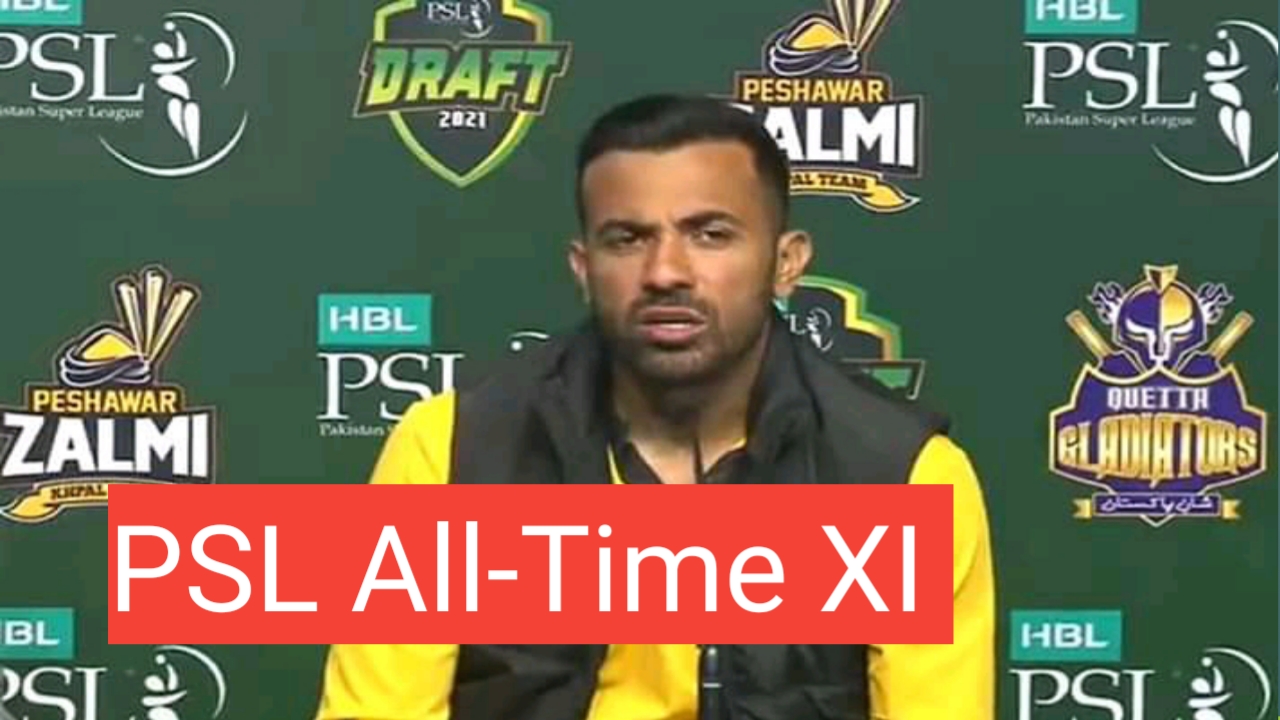 Wahab Riaz has picked PSL All Time XI. Left out Shahid Afridi from his XI.

Shahid Afridi alongside PSL’s fifth highest run scorer Ahmed Shahzad also has not been picked in his XI.

Players like Shaheen Shah Afridi also have not be included.

Wahab Riaz started from Kamran Akmal with the partner of Babar Azam as openers in PSL all time XI.

Fakhar Zaman comes into bat at 3 where as Shoaib Malik who is also 4th highest run scorer of the league has been picked.

He went onto pick Mohammad Hafeez at 5 whereas Mohammad Nawaz as an allrounder at 6.

Imad Wasim alongside Shadab Khan also have been picked. He picked total 3 spin options. All can bat which makes his team go along many batting options as himself can bat as well.

He picked 3 pacers after 3 spin bowlers. Not to forget Mohammad Hafeez and Shoaib Malik can also bowl and they have bowled plenty of overs in the league.

He picked himself in the PSL all time XI alongside Mohammad Amir and Hassan Ali.

He doesn’t pick Shaheen Shah Afridi or any other pacer.

It is to be mentioned here is that, Wahab Riaz is all time highest wicket taker of HBL PSL with 78 wickets to his name in all seasons. However someone who was competing him has left playing HBL PSL due to his retirement from cricket.

It’s none other than Mohammad Sami who represented Islamabad United for all of his playing years.

Wahab Riaz and Mohammad Sami were two who were competing each other every year however this isn’t the case nowadays in HBL PSL.