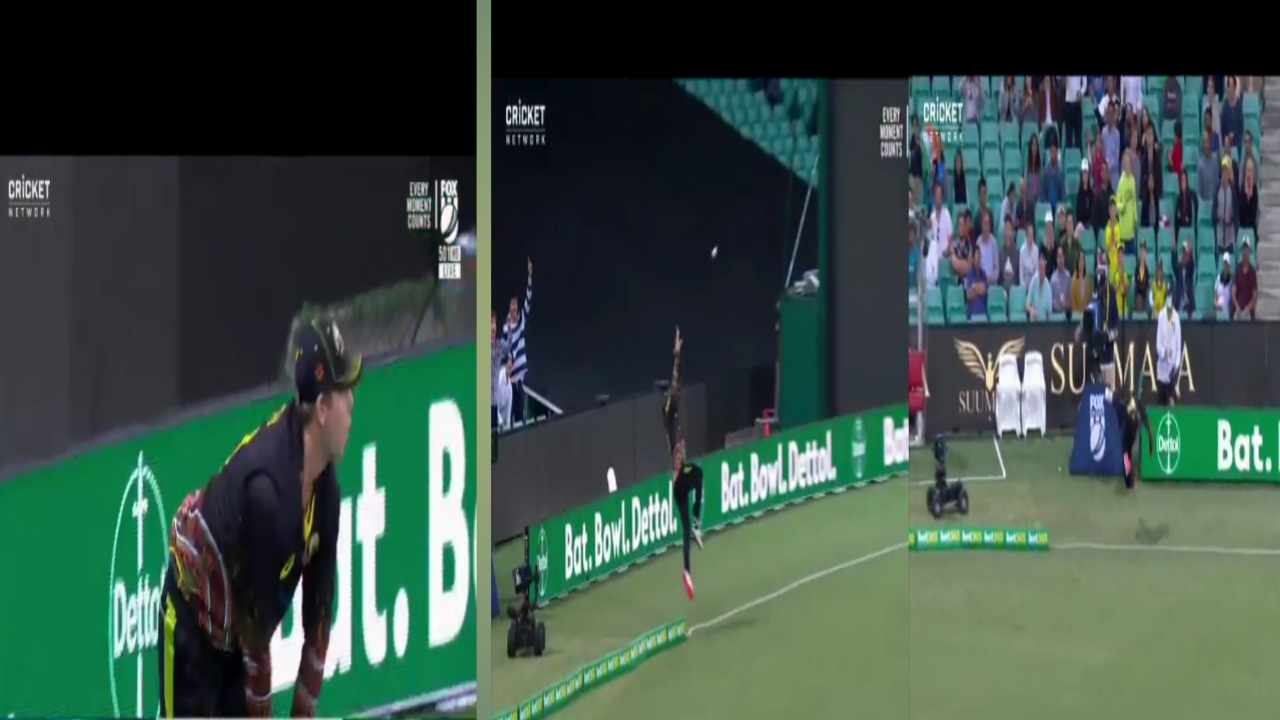 During the third T20 International match between India and Australia, cricket fans enjoyed two blinders on the same day as Sanju Samson in first innings and Steve Smith in second innings.

Virat Kohli hit it after coming into pitch few steps ahead, expectations were clear, six was coming off Virat Kohli’s bat what? It was Steve Smith who turned it off and save clear 6 sixes.

However India took 2 runs of that delivery. Steve Smith not only has done if today but he has been doing it since his debut.

Earlier in first innings, Sanju Samson also did the similar but Steve Smith has that factor which earns him appreciations all over the world.

Not only social media but also some ex Cricketers loud Steve Smith’s blinder. This video got the full attention due to its value of saving such difficult six.

There’s is something that has become the normal routine for Steve Smith is taking such catches but this time around it comes up with six saving this time around. Nonetheless he saved 4 after conceding two runs on the field.