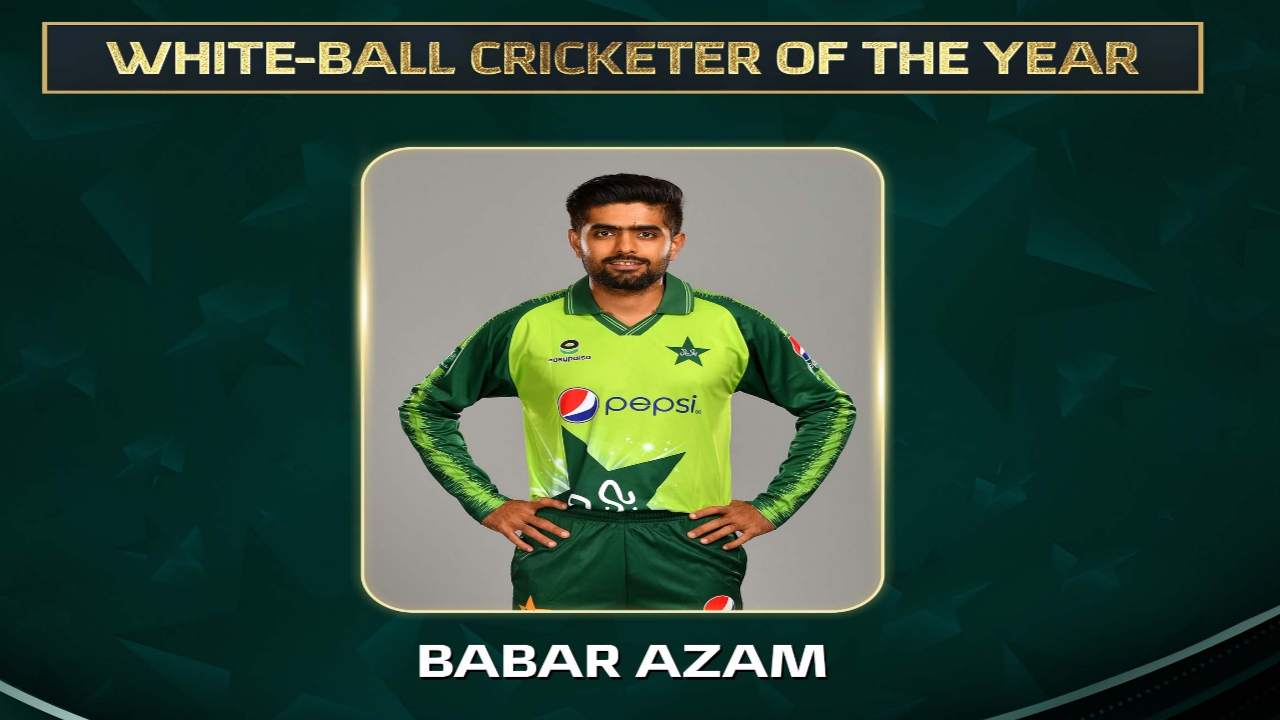 Pakistan Cricket Board (PCB) has announced white ball cricketer of the year. It is none other than Pakistan’s sensation, BABAR AZAM.

Babar Azam has won the award after being nominated alongside Shaheen Shah Afridi, Mohammad Hafeez.

Babar Azam scored 221 ODI runs at the average of 110.5. It is more than ever extraordinary.

He also averaged 55.2 in T20Is last year after scoring wonderful 267 runs in the year.

His competitors like Shaheen Shah Afridi and Mohammad Hafeez were also among top performer for the team while Babar Azam was most consistent among them.

Babar Azam is currently Pakistan’s all formats captain. He has yet to captain Test side for Pakistan though as he missed his first game against New Zealand so Mohammad Rizwan captained the team in his absence.

However nonetheless, it was Test format but Babar Azam has been announced as winner of the award of the year by Pakistan Cricket Board.

Babar Azam averages more than 50 at international level in both formats of the white ball cricket. Also touching 50 in Test cricket, for that he has to score few more consistent runs.

The winner of the White-ball Cricketer of the Year is Babar Azam 👏👏#PCBAwards #OneNationOnePassion pic.twitter.com/qwRUUnNRVK

2 thoughts on “White Ball Cricketer of the Year Announced”